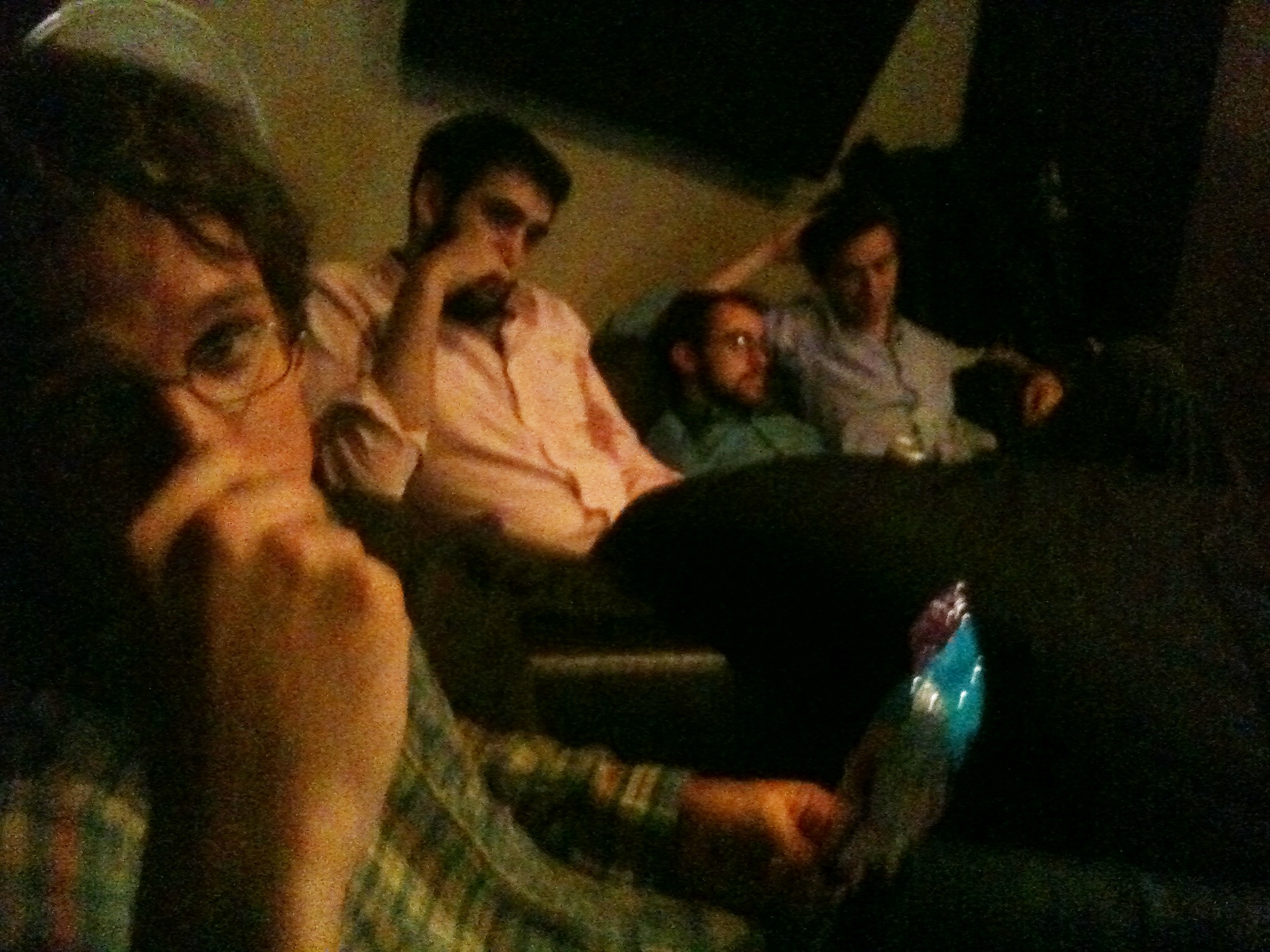 Rock writers like to dig up Greil Marcus’s four word summary of Harry Smith’s Anthology of American Folk Music. It’s a phrase that somehow conjurs an image of our country as mother to a mystical culture of poets and balladeers who masquerade by day as farmers and coal miners. According to Marcus, it’s “the old, weird America” that Smith somehow captured in his now famous anthology, and it’s this same spirit that’s been used to describe figures from Bob Dylan to David Berman. Travis mentions this below as part of the “great tradition of heady North American songwriters.” But somehow I’ve always felt that this continuum was something built by critics in some desperate attempt to make enough bizarre cross-generational connections that they might have something to say for however many pages they needed to say it. Bob Dylan and David Berman are certainly old and weird, but I’m not sure they fully embrace the idea of an old, weird America. It’s a wonderful phrase, and sits as an untouchably concise summation of the Harry Smith Anthology, but for all practical purposes, it should stop there. What Uncles offer instead is a “new, weird America”--one that they somehow see, and that the rest of us don’t. It’s so easy to fetishize life as it once was, but Uncles see strangeness in the mediocrity of the present. When you walk through New York city, what do you notice? Maybe you turn a bit to catch a glimpse at a stunningly beautiful woman (there are plenty in our fine city), maybe you stop and look up at a historic building (there are plenty of those too), maybe you go out of your way to walk through Central Park in mid-Spring. Or, maybe you’re one of those “artsy” types, who takes pictures of homeless dudes, crumbling infrastructure, and bleak winter landscapes. Will Schwartz and Danny Bateman are interested in the place between these two extremes: the overweight but otherwise pleasant-looking Latino mother, sitting on her front stoop knitting; endless blocks of storefronts with fading but otherwise operational neon signs, and the abundance of commonplace scenes that are constantly being enacted in New York’s five borroughs. To most of us they’re nondescript, uninteresting, and neither so pleasant they’re coveted nor so discomfiting they’re fascinating. It’s the accurate portrayal of life as its actually lived, and to achieve this is a rare gift indeed.

We’ve yet to host a Casual Business session with a band we didn’t like both personally and musically, but rarely do we get along with people as well as we did with Uncles. Topics ranged from music (duh) to shock porn (?!) and everything in between. If you’re interested in hearing and seeing a bit more from the session, our friends over at BreakThru Radio cut an hour-long show with Uncles before we let our hair down and set Casual Business to tape. You can listen to the full BTR session here and watch the abridged video edition here. If you’re still hanking for more Uncles, you can read the 7-inch review that started it all right here.

As usual, we’ve invited engineer and dude extraordinare Travis Harrison to give us his thoughts on the session:

Will Schwartz and Danny Bateman, a symbiotic pair of singer/lyricists not exceeding their early twenties, brought the expressive rhythm section of Tom White (upright bass) and Duncan Berry (drums) to my studio for a beery September weeknight session that hatched these gems. These two songs serve as an excellent introduction to Schwartz and Bateman’s rare approach to making songs. Both “Clarinets” (written and sung by Schwartz) and “Green Apple Skoal” (written and sung by Bateman) require an active listenership and a willingness to commit, participate, and follow along with their streams of unstill language. Beneath it all, haunting chords and beautiful melodies unfold in some unexpected surprises.

Uncles makes music that will inspire the neurons in your cerebellum to cut a rug and set your heart of hearts aflutter, but don’t expect escapism and disco balls. This is music carved from a great tradition of heady North American songwriters, presumably beginning with Bob Dylan and continuing with Leonard Cohen and David Berman, who build temples of exquisitely carved poetry atop folk formations. The words are the focus here. It takes a lot of guts to make music like this, to lay it out there, to offer your contributions to this vital stream. Open your mind and your heart to your new Uncles.

CLARINETS Hand painted adver­tise­ments on the sides of lowrises were once like chapels to men, their cre­ators moved on and left them to live. and then time spit up apart­ments with court­yard gar­dens like they were all just sun­flower seeds. in baked-chicken-kitchens, we shut­tered our blinds and cut coupons from magazines

The swingset is like a pen­du­lum, aw it’s ter­ror when the chain goes slack. You taste blood in your mouth, and feel the asphalt hit your back. And all the world’s heal­ing is just super­sti­tion There’s no one who can make the pain stop. You just have to wait it out and suck it up, Wipe the dust off.

And every morn­ing is the morn­ing after some­thing, each day at school you see the rem­nants of Adult Edu­ca­tion, from the night before. The curse­words on the desks the emp­ties on the bas­ket­ball court.

One day you’ll kick aside the debris and toss your clar­inet into a pile of leaves it’s like the deeper you plant it the longer you carry it with you.

GREEN APPLE SKOAL
‪the bro­ken boy scaled up the bridge his hands scraped and peel­ing like lit­tle paint chips at the zoo in the ele­phant house he sang f scott key to your daugh­ter as he reached for the tail you laughed at the bruises he left on your hips when he fucked you on the couch where your friends would all sit bare backs stick­ing to the leather‬ he said come with me just for an hour so my father’s a tai­lor in ramapo and you’d pic­ture him at your funeral irish catholics use open cas­kets to be spite­ful ‪He told you had Mid­west­ern jowls,‬ ‪that ache under rain and trucker’s palms.‬ ‪He’d took you over to Hard­ees, he loved the Tater-Tots,‬ ‪and the wait­ress’ thighs‬ ‪He invited her out to his 18 wheeler‬ ‪She clocked out at 4 put her cig­a­rettes in‬ ‪her stained off-white bra he fum­bled with over the dash­board‬ ‪he said have you ever dri­ven stick before and he fin­gered the gearshift and laughed and coughed, the seat­back smelled of green apple‬ skoal‪, he put a 20 in her front pocket and drove her to school 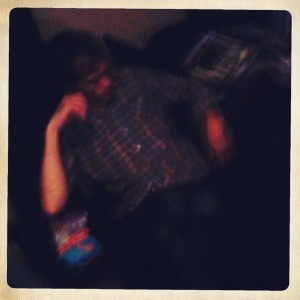 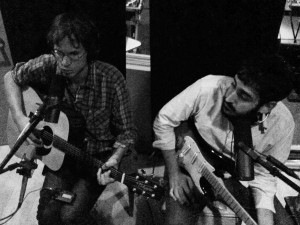 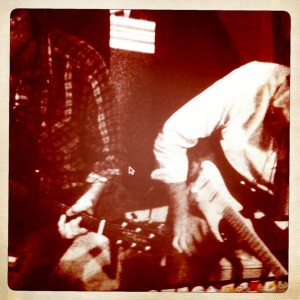 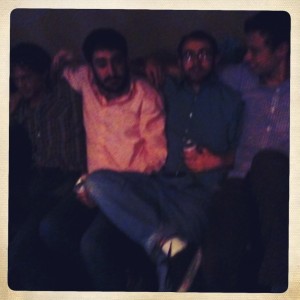 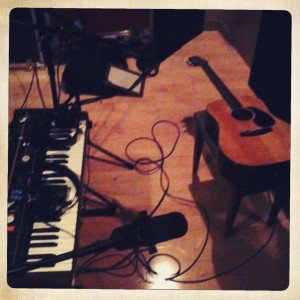