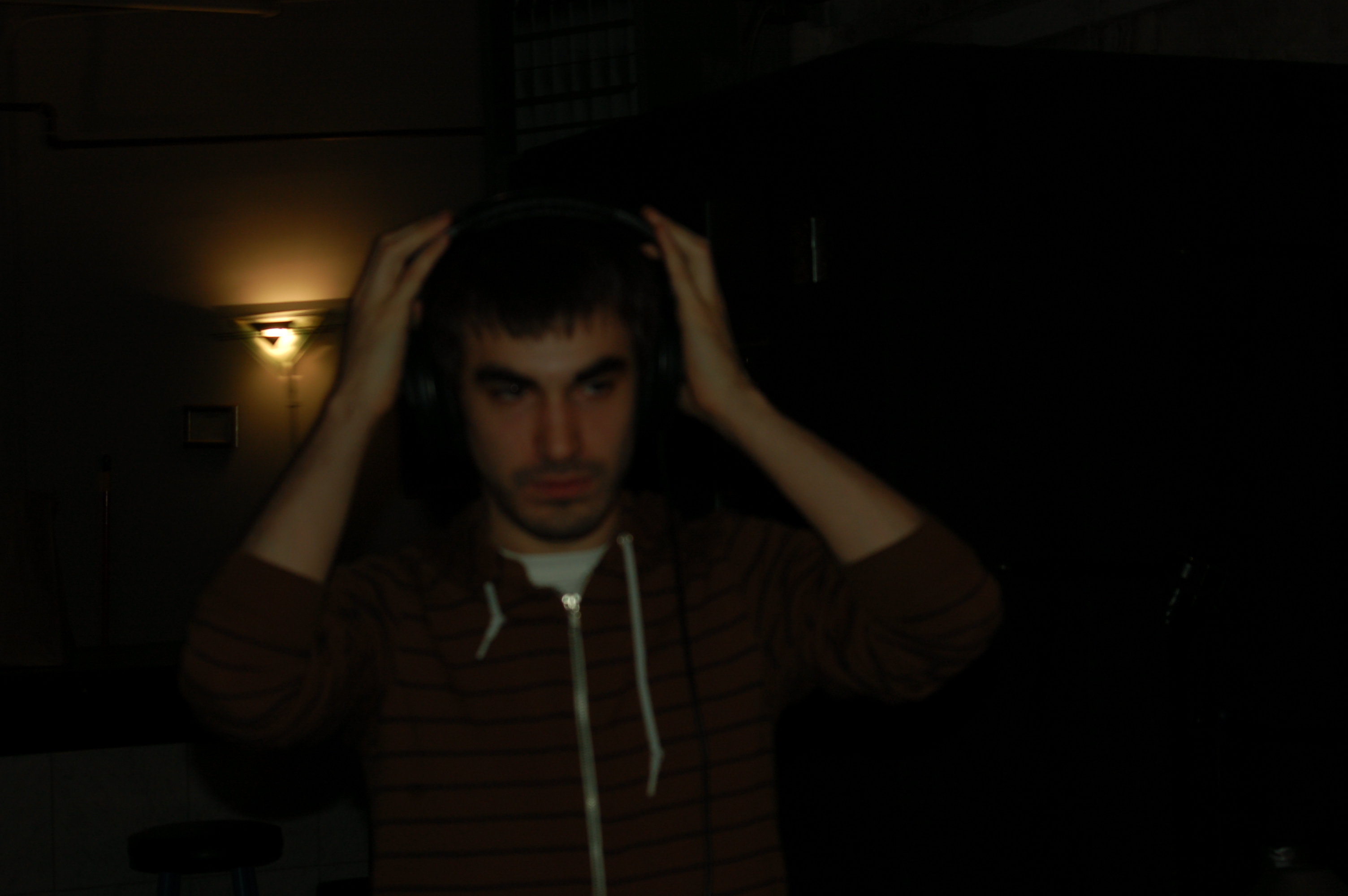 “I’ve been told that I paint landscapes, that even where then isn’t much travel there’s plenty of exploration. I like that, forcing your ears to see in 3D and Technicolor. Someone told me that they thought it was punk folk, while another folk punk. I’ve heard Emo, Post-Emo, Emoricana. I think that’s what you get when you follow four straight years of Brand New with four straight years of Neutral Milk Hotel.”

So opens John Michael’s Ampeater submission as SAVES!. A home recording project of the highest caliber, SAVES! is Michael’s Neutral Milk, his Mt. Eerie, the ultimate chance to create without letting others sublimate his best ideas, or as he puts it, without “being a douche to my friends.” The result is something catchy but strange, full of wit and yet entirely humble. It’s simultaneously erudite and plebian, capturing timess situations and relationships through a distinctly modern lense.

As much as the phrase “home recording project” might suggest some hardly listenable lo-fi tape detritus, SAVES! benefits from a strong pop aesthetic, and shows more than a hint of influences that are borderline taboo in my line of work. It’s not particularly cool to sound like Brand New or Dashboard Confessional, but both of these ostracized beasts peek out from the abyss and lend a wholly positive influence to various aspects of the SAVES! 7-inch. It’s a busy intersection where folk and indie meet, and it’s consequently well managed with street signs, stop lights, and all manner of proper guidance as to how one might navigate these streets on foot, by bike, or car. There are rules as to how these genres interact, and for the most part they’re followed flawlessly either by incident or intent. Indie and emo on the other hand meet on lawless ground, somewhere near where Johnny faced the Devil way down in south Georgia. But you all remember how Johnny schooled that Devil, and walked off proudly into the sunset. Well, our John Michael is a similar hero, incorprating a vocal style that’s markedly “emo” and combining it with the instrumental textures we’ve come to expect from indie home recording projects. Couched in the familiar sounds of organ and glockenspiel, I’m entirely willing to accept and even embrace the fact that he sounds a bit like Chris Carrabba. Plus there’s an element to the music that’s just plain weird and at times event dissonant. It all adds up to something that resonates equally with stuffy music bloggers and uninitiated teens. There aren’t many records I can share with my little cousin, but this is one we’d both dig.

Like Ghost/Light or Wicked Yawnz, SAVES! is a musical document in so much as it tries to describe and encapsule the mixed feelings of grandeur and trepidation that seem to strike most young men at twenty. “Something’s been brewing for years, and continues to brew, and as I perfect it I pour out little tastes of pieces of me that I don’t need so much anymore. I want to sing about being a nobody, about fearing what your anonymity means on a dinky planet spinning around a super-typical star. And I want to sing about realizing your connection to existence at large to experience being monstrous and miniscule all at once. Four years of college got me obsessed with metaphor and message, and mixed in with all the experimentation and energy of school I decided I wanted to use music to recreate certain emotions that I knew would be dulled with age. And isn’t that what art is, an attempt to communicate with a later generation? To show how much we’ve grown while staying so much the same?”

I’ve always admired lyricists who can incorporate distinctly modern lingo into their songs. For some reason, I find it offputting when words like “cell phone” or “Facebook” are thrown around in pop music. They’re not part of the vocabulary I’ve come to expect from the American songbook, and stand out as a weak attempt to write “relevant” folk songs. It’s stupid that verses about coal mining somehow seem more appropriate than ones about social networking, but so it goes. I think part of my reluctance to accept modern terminology is the result of widespread poor musical phrasing. If you’re ready to take that step and sing about modern situations using modern vocabulary, it has to be done with a certain amount of grace and an awareness that listeners might recoil at the the particular sonorities you’re introducing into the cannon. Not only does John Michael of SAVES! do this gracefully, he does it masterfully. The melodic contour of A-Side “Scene Girl” is so perfectly crafted that the lyrics roll forth with ease, drafting in the wake of the vocal line. He sings:

I found you among droves of glamourous proles As eye liner fell as though rain. Text messages beeping you gracefully sleeping Electric friends twist in your brain.

The song kicks off with a percussive countoff on the body of an acoustic guitar before flooding with lush organ that ushers in one of the strongest vocal performances I’ve heard in a solo project of this magnitude. The two chord harmonic alternation in the organ leaves room for a lead vocal line with some vertical movement, and as a result the whole song comes across as one big hook. The lyrical content might also hit home for some, in particular our readers over yonder in Brooklyn. Michael explains: I was pretty peeved about how hipster girls’ beauty was directly correlated their vacuousness. I wanted to save one from her life after 30. Perhaps the hipsters will dig the irony of a song making fun of them while simultaneously lusting after them.” From what I hear, hipsters love irony.

B-side “The Grapevine” is the kind of song that feigns epic and ultimately delivers a kind of frigid isolation. Again utilizing a decidedly modern vocabulary, this is a song rich in wit that reminds us just how shitty life can be. You have to take a second to appreciate lines like “__telling lies is just more fun / when every friend you have has to be blocked / but Lord Murdoch” and “You play Beatrice / I’ve got Benedick down / our raillery will keep ado bound,” the latter of which refers to Shakespeare’s Much Ado About Nothing. English majors of the world unite.

This song’s greatest success is the tension laid atop each verse by dissonant harmonies in the piano. Michael assures me this tune is killer live, and I believe him. His voice is already on the cusp of spilling over into a full-fledged scream at several points, and thrown atop a band stocked with real live vocal harmonies, the climactic final verse would be magnificent. SAVES! has thus far seen limited exposure in live form, and was both conceived and executed as a bedroom studio project. That said, Michael has “new material in the works,” so we’ll see whether SAVES! starts making appearances on the New England indie circuit. If they do, be sure to arrive early to get first pick of the scene girls.