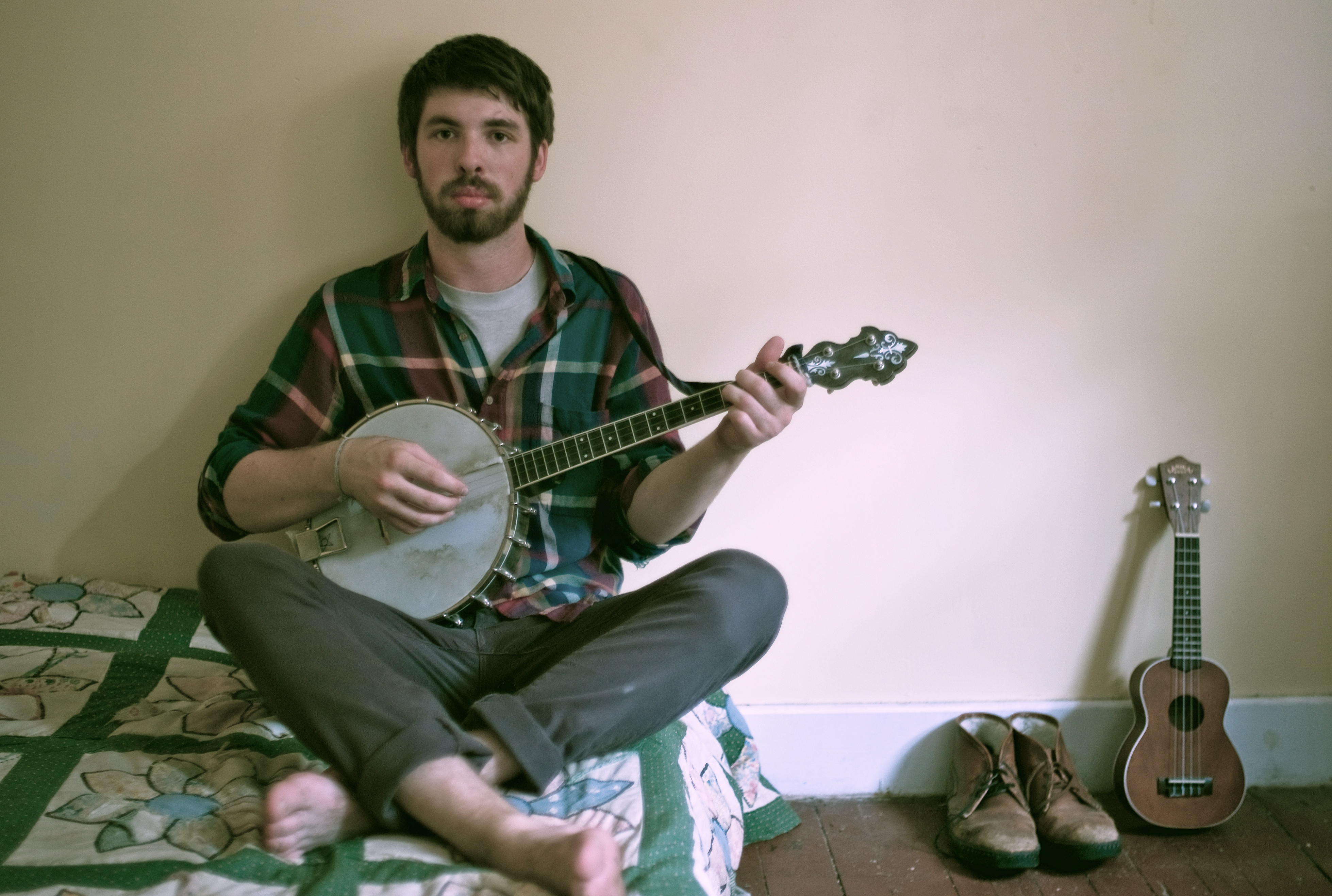 Musicians are usually subject to the worst kind of mauvaise foi when it comes to describing their own music. It’s almost as if the same gene that makes someone a creative individual is the one that prevents them from grasping what exactly about their creations can be appreciated by others. The real reason, I suspect, is that most music somehow obscures its own meaning, or makes the work of interpretation essential to fully experiencing its essence. Of course, this view presupposes the idea of a song as a thing in itself, a coherent and observable entity with a single objective manifestation. One might think of a song in the same way one conceives of a table–not as some vague notion of what it means to be a “table,” but rather accepting as given that the “table” exists, and that it serves a certain function defined within reasonable constraints. In some ways, “song” certainly fits this description, and gives me a controlled set of assumptions as to what I might expect, especially when compared with a symphony, cantata, piece, abstract, composition, or god forbid sound experiment. But on the other hand, the notion of “song” can be more akin to “love” than “table.” Despite the last millenia’s attempt to define and categorize “love” (courtly love, romantic love, filial love, etc.), it’s hard to say exactly what it is, how it’s supposed to affect us, or how we’re supposed to affect it. The full experience of a song is the act of switching between these two sets of expectations, between the objective and the deeply and personally subjective. Pop songs err on the side of “table”, while art songs err on the side of “love,” but the best of each embrace both concepts equally. Good listeners are musical metaphysicians of sorts, able to decipher both strains simultaneously, all the while taking in a song’s musical content. It’s a process akin to unwinding strings of DNA like the zipper on your windbreaker, reading the code buried within, and emerging with a composite image of the song as both object and experience.

It’s rare to meet a musician (not someone who plays an intrument well, but a truly creative individual) who is able to articulate this aspect of his or her own music. The greatest minds in songwriting have absolutely no filter–Bob Dylan, Bob Pollard, and Paul McCartney all come to mind. Some weeks back, Barrett Lindgren wrote me an e-mail about his home recording project Ghost/Light, and I was immediately struck by how fully he grasps the rich complexities of his own musical endeavors. Lindgren explained, “I wanted to make a record about the feeling of transience and intensity that many people my age have. When you leave home, everything feels very new and daunting. You are still learning to walk on your own feet and figure out who you are without parents, siblings, friends, and familiar surroundings. That can be very scary for a young person. Right after I left home, my best friend was killed in a bike accident a few days before his 18th birthday. It seemed like my whole life started after that. Everything felt huge and powerful, and I decided to try and capture that feeling with this album. I want it to be kind of overwhelming.” Lindgren’s explanation is profound in both its accuracy and insight–Ghost/Light delivers exactly as promised, with a 7-inch that to me defines the perilous grandeur of life at 20 in the 21st century as much as “Easy Rider” or “On The Road” defined their own generations. It’s a feeling I remember well, and that four years later is only just fading into a kind of nihilistic disillusionment. There’s a sense at 20 that you’re equipped with the weapons to tackle the world, but you’re a bit unsure of how to actually use them. Think pre-Yoda Luke Skywalker, and you’ll get a pretty good idea of what I’m talking about.

In a CMJ season wrought with laptop backing tracks and Ableton beats, it’s refreshing to hear that Barrett Lindgren doggedy sticks to the same 16 track recording process that musicians have been using since the 80s to capture their ideas on tape. There’s no laptop in the signal chain, and Lindgren can’t imagine there ever being one. When I asked him about the actual process of sitting down to record these tracks, he told me, “Recording the album was really intense. I was living in a 10x10 bedroom in West Philly with all of my equipment. I was working two jobs and had to find recording time around the schedules of three bands that practiced at my house throughout the week. I still use the same 16 track that my friend lent me five years ago. I only have one microphone. If I want an instrument on a song, I usually just borrow it from a friend and try to learn how to play it. I set up all these boundaries to make recording a challenge so that I have to be completely aware and in control. It’s kind of therapeutic and kind of masochistic. I could never switch over to Protools or Cubase. As soon as I look at a digital display I feel completely uninspired. I’m not trying to dog people who are into recording on computers, I just cannot do it. So I use outdated, broken, limited equipment, and I usually play almost everything on my albums. Music has always been an intensely personal experience for me. It’s something I’d like to change, but I don’t know if it will.” In a world in which the technical wizardry of recording can completely consume the music being recorded, it’s utterly imperative to set boundaries, limit distractions, and to carefully construct the channel through which your songs flow onto record. In a fortunate twist, it’s Lindgren’s constraints upon himself that conversely result in a record that feels unreservedly open and expansive.

The last time we heard from Barrett Lindgren was as the lead man in Amazing/Wow (I dig the / band name pattern), and though there’s an undeniable raw energy to the group’s distortion-laden rock anthems, I admit that I wasn’t at all prepared for the consummate beauty of Ghost/Light. At thirteen, Lindgren had a revelation: “I started going to see these showcases of local bands called Terry’s Serendipity Cafe. I found out that there were kids, just a few years older than me, making beautiful, meaningful, passionate music. I realized that just because I was thirteen, I didn’t have to write pop punk songs about not wanting to go to school. I could literally do whatever I wanted.” And that is exactly what he did. When I queued up A-side “Be Brave,” I was, for the first time in months, completely blown away. Don’t get freaked by the Israel Kamakawiwo’ole ukelele vibe at the beginning–after a slow fade and solo uke intro, Barrett’s effortless lilting voice enters with the first verse of a mixed lament, later floated atop a lush swatch of uke, glockenspiel, guitar, banjo, tambourine, violin, and half a dozen other instrumental tracks. Each repetition of the chous is ushered in by a cymbal roll that lends the song a pervasive glimmer, like some lost treasure of a melody, waiting to reward someone bold enough to approach it. This sense of epic motion is further perpetuated by vocal overdubs that land square on the chorus in something akin to unison. I wonder whether the title “Be Brave” is directed as much towards the songwriter as it is to the lost love he addresses in the song. He’s summoned up the courage to tell her to move on, and be brave in making the hard decision to choose a solitary life of happiness over the conjoined misery of their relationship; meanwhile he’s convincing himself to muster his emotional reserves and be brave enough to let her go. Lindgren sings, “there is remorse and there is regret or there is happiness / and I know you’ve been dying to feel okay.” This is the kind of song that gets me wondering how much clothing and whiskey I can fit in a duffle bag, and how far I can get by Greyhound on $62 cash. Despite “Be Brave”’s ultimately positive message, “remorse” and “regret” are the words that seem to pop on the chorus, and I wonder whether the song subltly undermines its own message, suggesting that actually being brave is a harder feat than merely encouraging bravery in oneself or others.

B-side “Tides” is in effect the Ghost/Light anthem. The song’s divided at its midpoint by a churning development section, and if it were silent film I’d imagine a text panel with the words, “Time Passes for Our Hero, Barrett”. Before the break Lindgren sings over the sparse guitar accompaniment of the introduction, “I felt small and unallowed / I wanted to make you my home / I wanted to be nowhere, surrounded by nothing / and be alone.” After the break, encouraged by a sudden eruption of percussion, he shouts “Tonight the world looks small, but open wide.” It’s a full indication that he’s conquered the troubles and uncertainties of the first verse, and I get the sense that he’s done so fully, without remittance. There’s no doubt left, no sense that he could slip back into the isolation of the song’s opening stanzas, as there is in “Be Brave.” Had he circled back around with a solo acoustic outro, I might have guessed at the tiniest bit of hesitance in his otherwise convincing show of lyrical and musical confidence. But he importantly forgoes this route, and instead fades to silence during the song’s musical climax, giving one the impression that the triumphant march continues indefinitely, and that we’re only privilieged to witness its inception.

The march does indeed continue, as Lindgren wraps up a tour as Ghost/Light. Catch him in CA and WA over the next week (details on MySpace). This 7-inch is but an entrée to an entire album of magnificent songs by Barrett Lindgren’s Ghost/Light project, available for download on BandCamp.