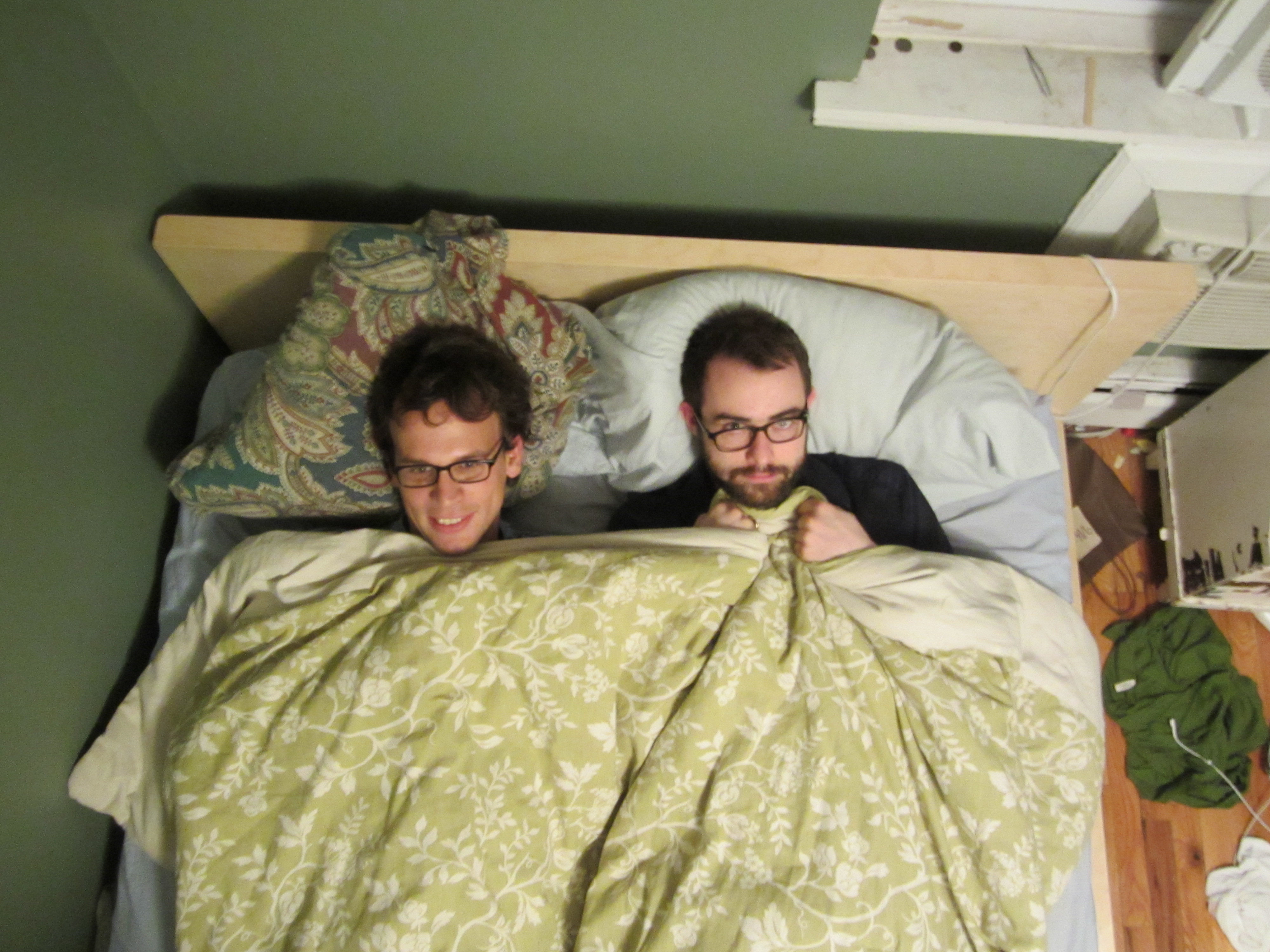 In Ampeater’s Words: I have a soft spot for music that blends indie-rock and folk. Frog might appear to fall into that genre of palatable fusion, but we shouldn’t write off the Queens-based power-duo so easily. In fact, we should laud it for the opposite reasons. Frog sounds less like a hybrid than the toxic detritus of a rock band and a folk band forced to share the same small rehearsal space. Both traditions coexist but remain, for the most part, autonomous.

I often keep music on in the background and wait for it to draw me in and demand full attention. On a few occasions the strange chord or unexpected rhythm that captivates me turns out to be two separate songs-one on the intended playlist and another in a forgotten internet browser window that’s somehow refreshed itself. After the inevitable confusion and embarrassment always comes the realization that the incredible accidents produced should have existed. Frog reminds me of that sensation. Though it does exist, it seems just as incredible and just as improbable. The fragments come together in war and peace but it’s in the flux between these unexpected moments that the artist’s true genius emerges-kinetic, schizophrenic, and irresistible.

In The Artist’s Words Ichabod Crane was kind of an experiment. We had just started the band and we didn’t really know how to make the songs I was writing into frog songs. Basically, I tried two different ways of playing it and used them both in the final song; for the first half I finger-picked, and then the second half I freaked out. We made it the single because it was kind of representative of the way that we were approaching the songs, as something malleable and unpredictable but also nice and cohesive. Happy Halloween! This song should be listened to in costume.