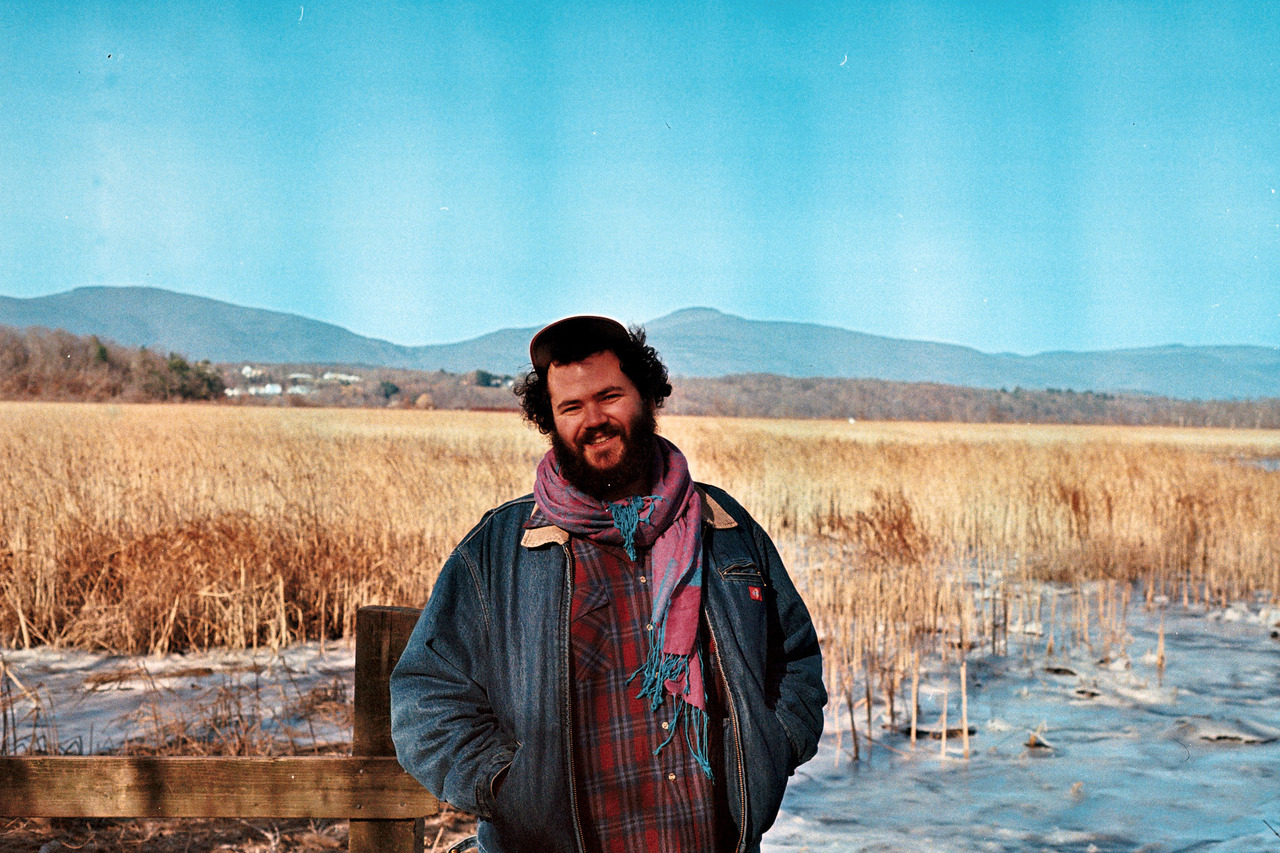 In the artist’s words: I have the words “Ecstatic Joy” tattooed on my chest in electric purple script. That’s what I’m after, that’s what singing and playing the electric guitar and droning on and on can give to me and, I hope, to you, too. I hope that we can be suspended together in the same warm syrup of human kindness that so moves me, at least until the tape runs out.

In Ampeater’s words: Ben Seretan tells me that featured track “My One True Love” is the closest thing he has to a single. He’s probably right. The track is certainly the closest approximation of a single on his latest album, ironically titled,”New Song.” In some respects, the album functions as a single song, a congruent whole, or at least, an untanglable knot of something vaguely resembling music. Seretan tends to write hypnotic drone-based compositions that deliberately hijack the listener’s space-time continuum. The last time we featured him was for a trippy multimedia project inspired by hummingbirds. So, it’s all relative. “My One True Love” falls short of accessible, but at least it’s penetrable, insofar as it clocks in at a conventional four minutes and includes vocals and a vague sense of rhythm. Still the words tend to get drowned out by the kaleidoscopic of folkish guitar, and the rhythm grinds to a halt whenever it starts to build too much momentum. Seretan composed “New Song” during a residency in rural Upstate New York. Over the course of the album, we can feel him gradually reject the mechanical pulse of urban existance and tune into the pulse of nature. Seretan explains that the album was inspired by a sensation of “living in multiple time periods at once (the feeling of talking on a cell phone in a field unchanged for centuries, using a language that is new but somehow remembered), the guitar as if it grew out of the earth like a root vegetable, my voice like it fell sun ripened from a tree.” Seretan’s music develops on a geological timescale. Like continental drift, the evolution is too gradual to notice in the moment but, from afar, the implications are profound and irreversible. You may struggle and fail to make sense of what you hear, but you’ll probably stumble across a moment of zen in the process. Nate Green ­berg

My One True Love