GENESIS When Graham Smith accepted my invitation to participate in this fledgling Casual Business series he also offered to write two new songs for the occasion. To this I intuitively responded “hell fuckin’ yeah.” Like any real man he made good on his promise. Ladies and Gentlemen, allow me to present to you this 2-song record entitled Fancy Pants of Central California, which consists of the songs “Jobs Jeans” and “Cuperchinos.” Trust Graham. He knows exactly what he is doing.

PRE-GENESIS Several years ago, Zachary Mexico turned me onto Kleenex Girl Wonder with the album Ponyoak. As promised, it was a delight. Graham recorded these very sophisticated, ultra melodic pop songs all by himself presumably in his parents house. This record came out originally in 1999. Stand out tracks include: “The Nearest Future,” “The Sound of Paul,” and “The Mohican Antler Yard Alphabet”. Listen and buy directly from Smith here.

CREW So for those who don’t know, Kleenex Girl Wonder is historically Smith’s one-man show, although he’s frequently surrounded himself with strong allies. For our session, which occurred on June 7th 2010, he enlisted a very capable duo of men to help with the bringing of the rock. We had Mr. Matt LeMay (Get Him Eat Him) on the drums and Mr. Thayer McClanahan on the guitar. Smith handled the bass.

Smith arrived to the session sporting a sweet pair of what he considers to be “Jobs Jeans,” those loose-ish and sensible denim pantalones that frequently dangle from the ass of one Mr. Steve “Jobs Jeans” Jobs. We taped this session on the day Jobs unveiled the iPhone 4G. Smith opted to not wear the signature Jobs turtleneck.

GAME Smith lived in the iso booth for this session. The booth can be a steamy place when inhabited by a rock-maker exerting himself. Fortunately, he either doesn’t naturally generate much body heat or the new Vornado fan my lovely wife donated to the studio works very well. While he inhabited it, Smith owned that boof. He’s the type of singer who knows exactly what to do and does it again and again. He’s decisive. It’s comforting to be around someone this certain.

His songs would be difficult to cover if only because the words would be a challenge to memorize. Who else but Graham would be able to sing this stuff?

TWO JOINTZ “Jobs Jeans” is the peppier of the two and undoubtedly will go down as the A-Side. Inject this number into your ear-holes and you’ll find twisting chord changes, exquisite manipulations of language and what seems like three distinct sections catchy enough to be referred to as sweet chorii. Yes, “Jobs Jeans” might be a good place to start for the G. Smith neophyte.

Pre-take control room chatter slated B-Side “Cuperchinos” as Kleenex Girl Wonder’s “Slint song.” Now wait, it was Shellac. Yeah it’s their “Shellac song.” Special kudos to manly-drummist Matt Le May for his pummeling man-beats on this one. Musically, this ominous pounder hits the target but I don’t know if Albini would ever rock couplets like these:

“The things we crush And turn to dust Always end up blown back at us. A woman’s lips, A blunderbuss The repercussions are thunderous!”

I didn’t know what a “blunderbuss” was so I had to look it up. According to Wikipedia, a the blunderbuss is a muzzle-loading firearm with a short, large caliber barrel, which is flared at the muzzle, and used with shot. A-HA! Then it made so much sense. Oh, I see. This is for real. I emailed Smith and asked him to send me the lyrics. I followed along while listening to the songs. He’s not just kidding around writing joke songs about Steve Jobs’ pants. Well he kinda is, but this is one man’s unique voice and this is some next-level shit. “A woman’s lips, a blunderbuss … the repercussions are thunderous!” Good line, sir! What better way for a man to express the simultaneously terrifying and seductive nature of the lady-piece!

I took the liberty to publish the full libretto for Fancy Pants of Central California below. Follow along and engage yourself. Grasping this artist’s use of language will enhance your enjoyment of the music! Visit KGW.me to listen to the entire Graham Smith ouvre and to read along with the lyrics, provided by the artist himself, for every song.

THA STRUGGLE We’d like to bill this session as Kleenex Girl Wonder but Smith was served with a cease and desist order in late ‘99 by the colossal booger control corporation mentioned in this band-name and nowadays goes by Graham Smith or KGW or Graham Smith and KGW. But as long as Graham doesn’t mind too much, I’m taking the liberty to bill this session as Kleenex Girl Wonder within these paragraphs. This is the same name that appears of the cover of Ponyoak, the song cycle that knocked me and presumably thousands of other bat-eared nerds on our asses. Graham, if the booger control corporation’s jackals hunt for you I’ll make it my mission do anything in my power to defend you. For now I’m satisfying my rock phantasies. I recorded Kleenex Girl Wonder and it was awesome.

THA HUSSLE Smith issues his music and commix on his own micro-indie enterprise, a nerve center called REESONABLE. It will make you happy to pay this site a visit at rsnbl.com. You might also enjoy kgw.me and twitter.com/grahamsmith

PS – Stay tuned to breakthruradio.com for a BreakThruRadio Live Studio session taped on the same evening as these selections. The band rips through ten other songs live in the studio plus Smith sits for a probing interview. This is essential listening. Hysterical!

Jobs Jeans Too loose To be comfortable. Too soon! Mine only runs Turbo– Turbo. Turbo, what did you do? The secret to control Is having nothing to lose

But you know You knew That it was unstable. So you changed a label, You might’ve moved a table. You’ve got something to prove, You know truth is based on fables. Half the time, the way the days go Faith is hanging by a cable!

Look– And listen, it’s a good position But everybody’s running out of shit to do So take a minute And make a decision: Who is it in there? Because it isn’t you

And those jeans are lookin’ Bigger and bigger too…

Hold me. You can’t hold me back! If I could attack Like it was a movie You’d just move me back. What use are the facts When the truth gets redacted?

So uproot And become hollow To find truth You have to blindly follow Follow? Follow up with a joke. Pretend that you’re laughing Whenever you choke

And you don’t, But you do Without hypocrisy. Yet all your views Are filtered through mockery So how can I properly Render an obloquy Obligatorily Without you prompting me?

It is written. But things have shifted: Priorities, as well as baggage bounced in-flight. So split the difference: It’s over/We did it Just know that historically, some soundless night

You’ll call me Or you’ll call me back Recursively to retract All these things You called me Back when it was your primary tactic And you nailed me But you owed me that It’s been on the roadmap So long the sales team Has stopped overreacting And honey, you KNOW what that means…

Cuperchinos The moon lay down on a bed of stars It said to you, “Get a better car.” It said to me, “Get better friends.” I said to you, “This never ends.The things we crush And turn to dust Always end up blown back at us. A woman’s lips, A blunderbuss The repercussions are thunderous!”

But you need percussion to cut a rug. Just like you need discussion to pull a plug.

You need production, You need support. You need something

The sun came up at 6 a.m.: “About the time that God made men… Not all stories are spun from thread; So crash the conclave and bust some heads.

I spy with my closed eye A huge big boy and a tiny li’l guy. As to which is which, honey, I can’t decide; Listen, certified spirit guides are hard to find! 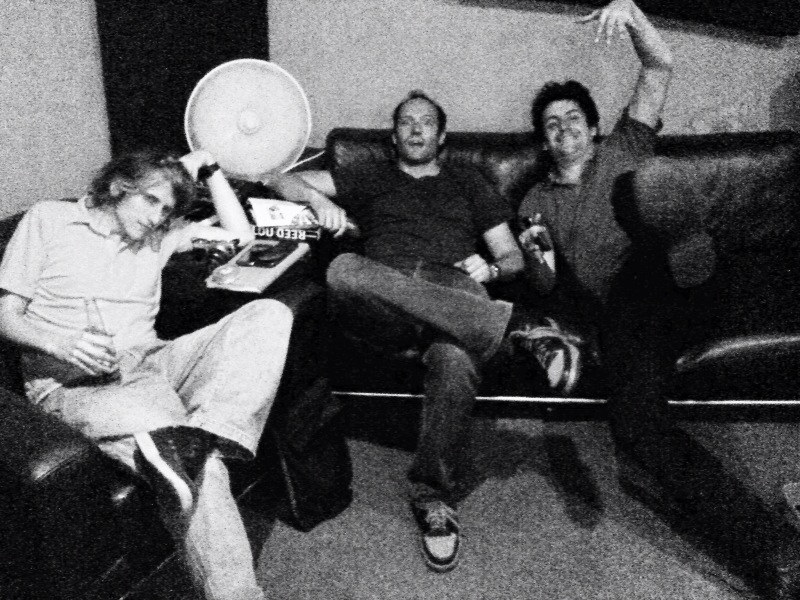 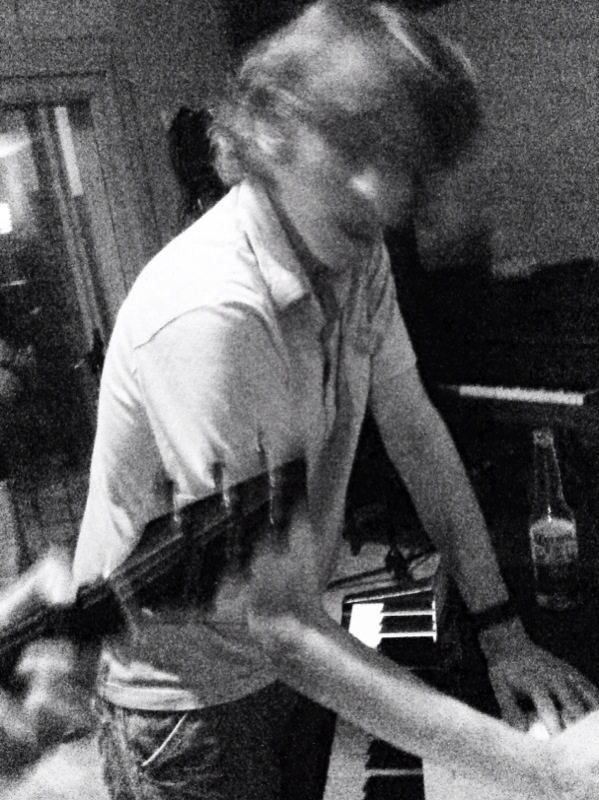 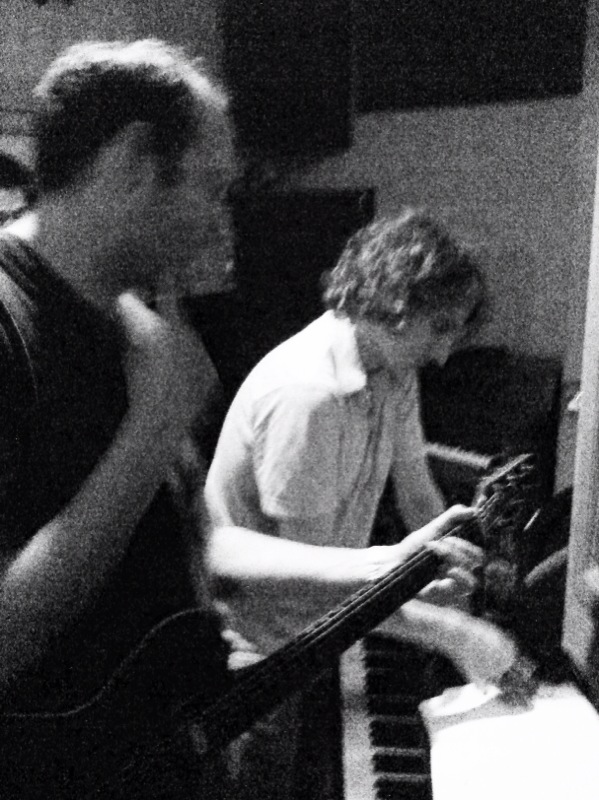 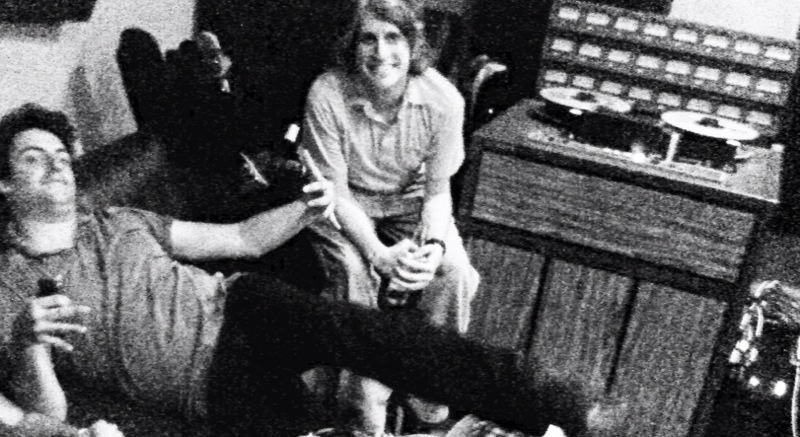 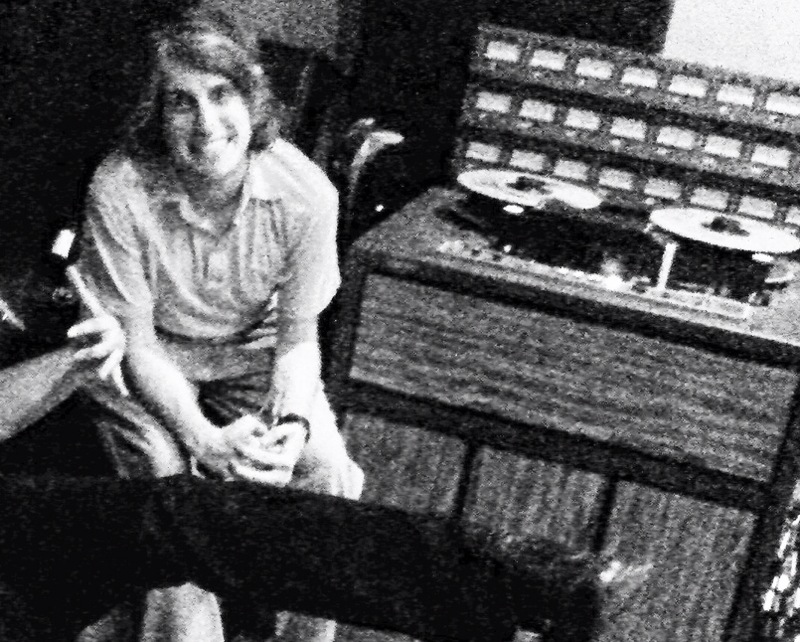