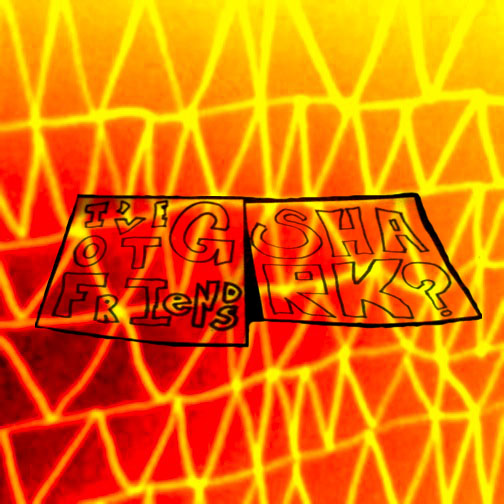 To christen our first Casual Business session, we invited buzzing local rock-men Shark? to our studio for what we knew would be a terrific time. We had done our homework, downloading and delighting in their shambling homemade bandcamp EPs, made almost entirely by Shark? main-man Kevin Diamond, a real persona and a fabulously nice fellow. His band, made of Andy Swerdlow, Andy Kinsey, and Chris Mulligan showed up ready to fuck shit up. I think this was probably the first time these guys have played in a proper fancy recording studio together as Shark? and they BROUGHT IT. Yes they’re a New York band but there’s something resolutely Cleveland about their particular brand of meaty-beaty-big-and-bouncy jamgasms. Sure they’re scuzzy and they rock-the-fuck-out, but there’s an awareness, a slight tinge of the out-there, a little something palpably and deliberately not-normal popping up at every turn that keeps you engaged and trusting in their intentions.

Throughout the session the band seemed interested in their music sounding shittier, more fucked up, more blown out. No problem dudes. Diamond even ran his guitar through what he referred to as his “shit pedal”. Why? “It makes my guitar sound like shit,” he explained. I have a sneaking suspicion they might even think these recordings came out kinda clean (yikes!) even though to my humble man-ears they do sound nicely dungy, especially Diamond’s vocal. Knowing from Shark?’s records that he seemed to like the sound of his voice distorted, I split the vocal mic onto two separate tracks of tape, keeping one as clean as possible and the other dirtier than the Gulf of Mexico. I blended these two signals together, along with some hairy Echoplex slap, in various combinations throughout the session. The filth came courtesy of dimming a fancy Chandler mic pre-amp, which when blown-out sounds a lot like Lennon’s guitar on the Revolution single. For many singers, this treatment can come off as a cop-out or a distraction or a deception to hide behind, but something about the warmth of Diamond’s voice and his inflection just sounds good like this. Being that this was a live recording, the distortion amplified background noise too, most notably the Strummerish strumming of Diamond’s electric guitar, which I thought added a nicely haphazard touch in the mix.

Diamond had the pleasure of performing in our tiny 8x8 isolation booth so we could get a solid vocal sound amidst the pounding of two guitars, baby bass, and drums. That booth gets hot, especially when you’re a big man and rocking your balls off. I warned him and apologized for any discomfort; I like bands to be comfortable in my place. Emerging from thick blankets man-steam, Diamond proclaimed that he “thrives in this environment”. Listening back to these tracks, it’s clear to my ears that he wasn’t just lying to be nice. Everything that came out his mouth was a keeper.

Shark? seems to have no problem with anthems, slogans, big chorii or rock-thrillz. The chorus of their self-titled song “Shark?” makes no attempt to hide its sheer hugeness. Mind you, this is a song in which Kevin Diamond shouts the frustratingly un-Googleable name of his band over and over again in the chorus atop a solid chord progression that hits the bittersweet relative minor in the seventh of eight bars and makes you feel it like a shock in your gut (“Is it a SHARK? SHARK? SHARK? SHARK? SHARK?”) There’s nothing funky, fashionable or guarded about this shit, and that’s part of why Shark? has certain members of the blogosphere semening their pants. The best part? Diamond’s voice boasts the power and swagger to sell it. I’ve heard him compared to Glenn Danzig and I can buy that because he does sound like a fuckin’ manly man’s man amongst men, but he’s no meathead or growler. Nor is he a try-too-hard artsy-fartsy fool, even though I hear some Ian Curtis in there too (minus the fucking brooding). The music sounds effortless, because it probably is for him. From our very enjoyable time together it became clear that Diamond is an astute and well studied rock-fan, and a highly assured conduit for his own brand of natural and assured rock. He knows damn well the game might be hard work, but it’s not supposed to sound like it. His band gets it too and they pound out his songs with the focus and force of a demented Crazy Horse, or a polished-up Meatmen, or a less-druggy more beery Chrome.

And speaking of beers. Several half-dozen giant beers were imbibed during this session. We call these lovelies “GBs” at Serious Business. Cheap 24 oz domestic lagers are the only reasonably priced alcohol in this froufrou SoHo ‘hood we call home, so GBs make up our lifeblood. We know a session is going well when the band so quickly accepts the flavors of our home-field brews. That’s how we roll here, and these Shark-men fit in like they’ve been sleeping on our couches for months.

So, somewhere between our ceremonial sojourn to the Serious Business rooftop for some conversation/inhalation/celebration, and multiple trips to the Lafayette Smoke Shop for more GBs, Shark? geared up–WAY up–and cut two sweet-ass tracks for us. On Side A Diamond shouts, “We got friends”. Well dudes, you’re always welcome at Serious Business. 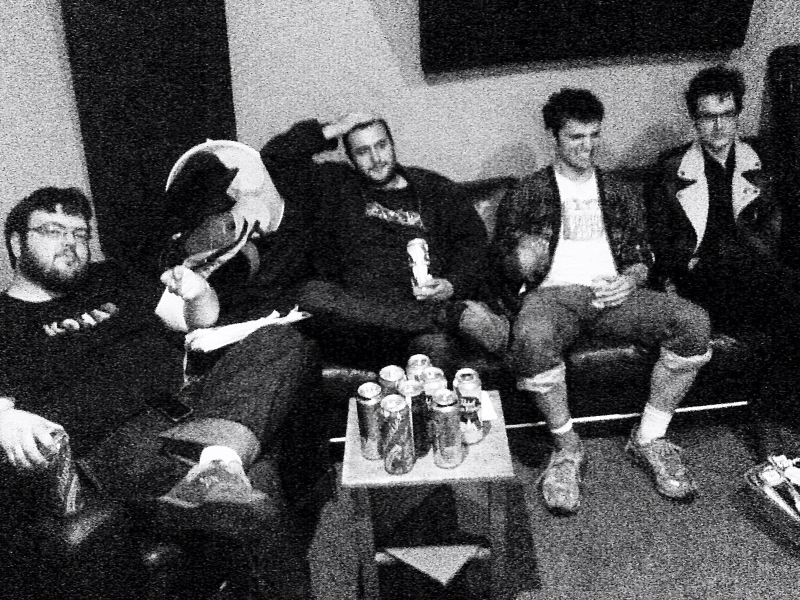 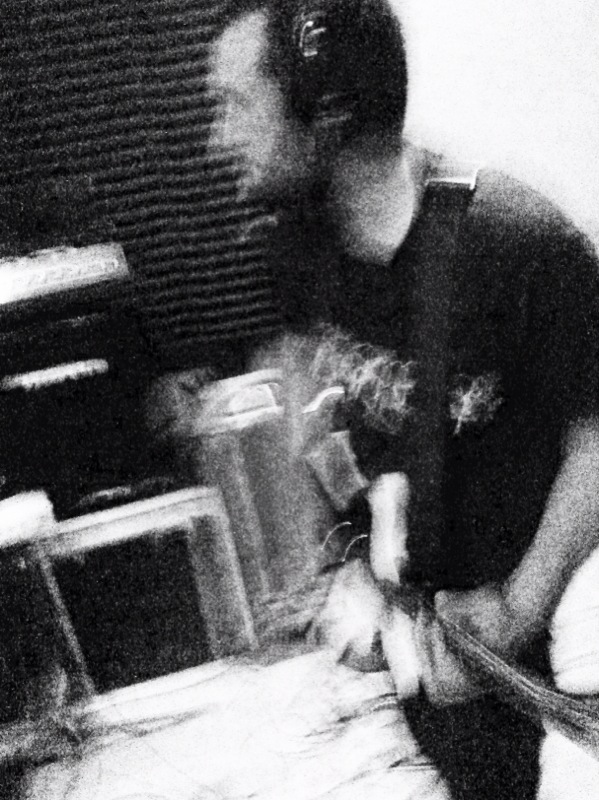 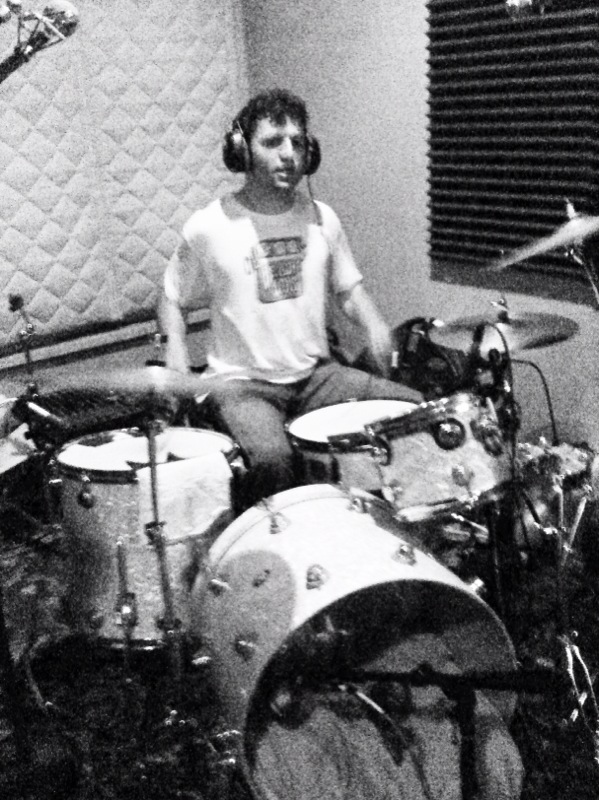 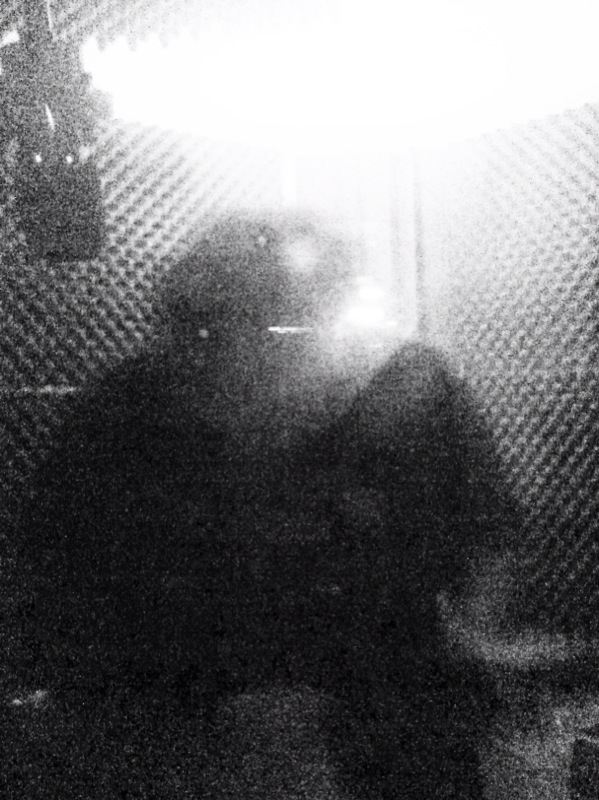 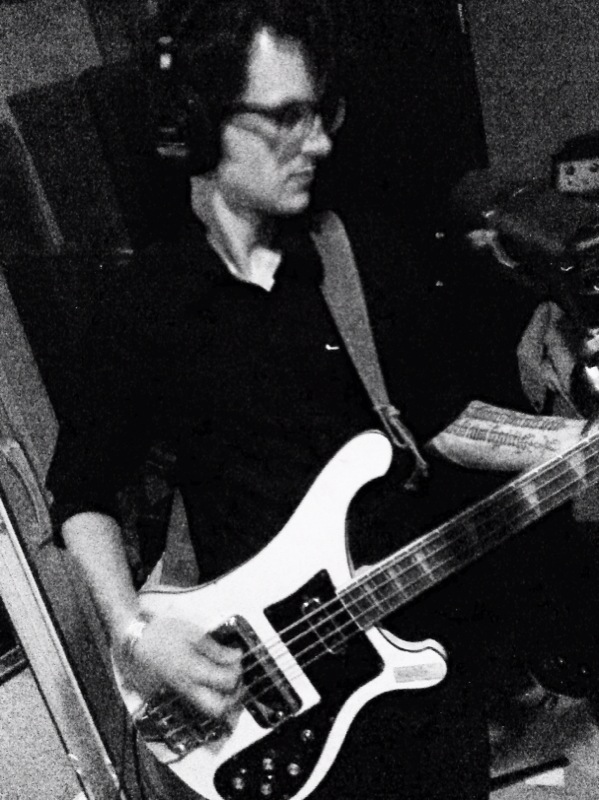