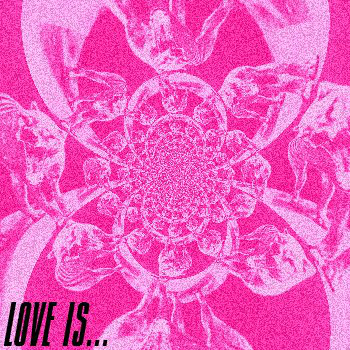 There’s a recent New Yorker article in which Arthur Krystal defends pulp novels against a perceived onslaught from the community of intellectuals who would happily see the vast majority of printed word scarified at the altar of literary fiction. Brought on by an incident in which President Obama admitted a less than challenging summer reading list, there’s developed a vibrant polemic surrounding popular versus literary fiction. In the interest of mediating this dispute, Krystal ultimately convinces his readers that there exists a class of literary-minded pulp authors who deliver the insight of highbrow fiction in somewhat less auspicious packages. These gifted writers sculpt sentences with the same care as their Oxford colleagues, but do us the kindness of placing verbs and nouns in an order to which we’re more accustomed. It’s this class of artist that we like to represent on Ampeater–populists who practice their craft with diligence and care, but make music rooted in traditions that evoke a visceral reaction in listeners. So, when Cory Clifford of Pinebocks sent a 7-inch our way, we knew he was someone you needed to hear.

Drenched in reverb and propelled by the buzz of a distantly mic’d acoustic guitar, the songs on this 7-inch soar with vocal melodies, well placed harmonies, and lyrics pronouncing the joys and vagaries of love. While speaking with Cory in preparation for this review, the realization came to me that he’s one of us, a music-obsessive with a near exhaustive mental codex of bands, songs, dates, chords, and unreleased albums, ranging from 70s soul and power pop to new wave and 90s indie rock. The confluence of songwriting styles and harmonic decisions on this 7-inch is no mistake, but rather a carefully pasted collage of influences, paying subtle homage to the heroes that inspired the music of Pinebocks. Cory had little interest in music while growing up in Pittsburgh. It was a move to Chicago that introduced him to the city’s DIY culture and set him started on the path to a career in music. He had previously sung for a friend’s band, but they kicked him out after a brief stint, and he used the opportunity to pick up guitar, delving into the Kinks catalog to such a great extent that he now refers to his songwriting style as an Americanized interpretation of Ray Davies.

On first listen to A-Side Love Is Grand(ish), it occurred to me that despite the song’s lo-fi production, it sounded remarkably finished. Not polished, but somehow complete. It’s been said the Minutemen didn’t write songs but rather produced blueprints for songs, sketches that someone else could gussy up for the masses. Pinebocks songs at once stand alone as untouchable artifacts while simultaneously demanding an entire array of rich orchestration. With nothing other than a guitar and voice (plus the occasional trumpet courtesy of friend Mark Jaeschke), Cory’s able to suggest a lush soundscape that accompanies each song in the imagination of listeners. There are certain points in a piece of music, particularly harmonically, at which an artist is presented with a choice between two or more options that will either make the song more or less interesting. At every juncture, Cory chooses the correct path, pushing his melodies to a level of perfection through self-awareness and criticism that’s seldom seen in even the most talented artists. As a student of independent rock and pop music, he’s spent time considering what makes a great song, and as a result he’s emerged with keen instincts. Cory can sense when a song’s been overcomplicated, and when it’s been oversimplified, when it’s time to stop and when to keep pushing. This is how and why his songs are able to strike a balance of fullness, even as he struggles against the limitations of his one man acoustic setup. In a situation with acoustic guitar and vocals, it frequently happens that one or the other element takes precedence. Whether it’s the punch of a beat-up Martin or the confidence of a poet reciting his own verse, one part takes lead while the other follows. In the world of Ampeater it’s more often guitar than vocals that plays the alpha male, but for Pinebocks it’s quite the opposite. In both Love Is Grand(ish) and its short but infectious B-Side Love Is A Consolation Prize, guitar exists as a metronome, filling up an otherwise empty part of the spectrum while Cory’s voice pulls us along through each song, in a manner that brings to mind the great and almost mythical crooner Scott Walker, and the also great but somewhat less mythical Benji Cossa. Pinebocks makes the shortlist for my upcoming album of “Musicians and Celebrities Reading and Singing the Phonebook”. I think I’ll put him as track 4, between Morgan Freeman and David Attenborough.

Cory took some scattered lessons as a teenager, but only really began to develop his own sense of musical style when he started spending time with other aspiring musicians. He emerged with a sensibility honed as much by his peers as it was by The Clean, The Cure, Robert Pollard, and The Go-Betweens. Even the name Pinebocks was assembled from the Beat Happening song Pine Box Derby, mixed with the name of a local amber “bock” beer, thus Pinebocks. It’s a happy coincidence that the band name was itself born from the same combination of indie scholarship and day-to-day observations as the music it would come to produce.

Rounding off with B-Side “Love Is A Consolation Prize”, this single will be the last acoustic release from Pinebocks. Unlike the inheritors of the folk coffeehouse tradition, Pinebocks yearns for greener pastures, and Cory’s already on the lookout for bandmates to give his latest compositions life as electric creations. He’s now living and working in Texas, and will be taking the full-blown band out on tour as soon as possible. While we’re thrilled to have represented these Pinebocks tunes on Ampeater, Cory confessed that the best is yet to come. There are songs he’s written that he couldn’t do justice with an acoustic guitar, and so rather than dilute his vision he’s simply holding them in cold storage until he can more fully realize the sounds circling around his head. With a band nearly in place, it’s looking like we’ll get to hear those sounds sooner rather than later. In the meantime, we’re delighted to introduce Pinebocks and Cory Clifford to the world–heads up guys, this is one to keep tabs on.

Love Is A Consolation Prize