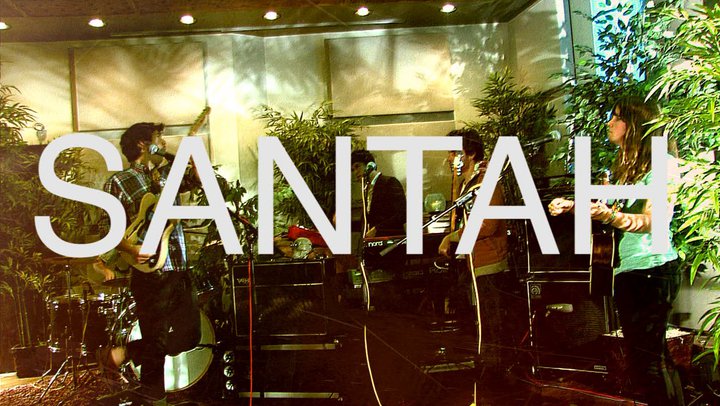 A couple weeks ago I revisited The Mighty Boosh episode “Searching for the New Sound”, in which the famous Bongo Brothers Rudi & Spider enter into a psychedelic journey through time and space to find their band’s “new sound”. As I sat there watching, I knew on some level that it was hilarious, but I was nevertheless paralyzed by the realization that this parody spoke to me on a level that it perhaps shouldn’t. My bandmate and I seem to reinvent our sound every gig, veering wildly from country to electronic, from rockabilly to black metal, and back again. And I don’t think we’re the only ones. There are hordes of reasonably competent musicians searching for their “new sound”, while going great lengths to avoid the common tropes of rock and roll, like a virus that might spread to consume everything in sight, leaving them left with nothing but pentatonic scales and skinny jeans. What they fail to realize is that these bits of musical kitsch are the proverbial building blocks of civilization, and when used in interesting new ways with a bit of creative enthusiasm are infinitely more compelling than whatever noise we might conjure in our attempts to eschew convention. In other words, there’s a reason we love pop music–it draws on its own past successes and expands upon them while culling inspiration from an increasingly large and varied pool of influences. We recognize something familiar and comforting in every pop song, even as it pushes the fold of our expectations. At exactly 22 seconds into Santah’s magnificent A-Side “No Other Women,” I saw with perfect clarity how decades of rock and roll can ferment into something powerful. This shit’s 110 proof, and it blew me clean off my feet.

I don’t know much about Midwestern songsmiths Santah, but their 7-inch landed with a splash in the Ampeater submissions box, and I’ve been entranced by its mix of hook-laden vocal lines and layers of controlled fuzz. Stanton and Vivian McConnell double on guitar and vox, with Tommy Trafton on keys, Otto Stuparitz on bass/vox, and Steve Plock on skins. There’s a brand of upbeat pop music breaking through the surface of indie gloom, like a gentle hand on the shoulder of the genre, saying “Hey man, it’s gonna be ok. Just dance,” and Santah’s the best of the bunch. I could write an entire review about the first 22 seconds of A-side “No Other Women”. It’s not so much an introduction as a launch mechanism, an entry into the song that proclaims excellence and follows through in bold strides. The predominant sound of this sequence is an ever so slightly distorted guitar tone, supported chordally by the piano and with a percussive emphasis on each downbeat. The main melody is repeated twice, with the last note held, repeated twice more, and then held again while building in preparation for the vocal entrance. The track kicks off with a “Whoa!” and proceeds in what’s either 12/8 time, 3/4 time with 4 bar groupings, or a very slow 4/4. Hey, it’s rock music, who the fuck really cares, but this rhythmic change-up ends up being the predominant feature of the song, and might go largely unnoticed by most listeners. Most really really catchy songs have a single lynchpin decision that makes them so infectious. It’s the difference between a great song and one that takes residence in your skull, bouncing around in short little snippets while you go about your business. Truth be told, I’ve had the Macarena stuck in my head for 17 years. Whether I really want to admit it or not, that’s a damn catchy song, but I digress. What carries “No Other Women” past the first half minute is Stanton McConnell’s resplendent voice. It’s young and vibrant in a way that eschews any accusations of frivolity and instead conjures imagery of a life waiting to be lived, with open roads stretching in every direction, tempting you to shoot away for an adventure, leaving gas bills unopened, house abandoned, and pets unfed. I have a tendency to ignore lyrics in songs, half because I can never understand them, and half because I’d rather find my own context. I generally turn to lyrical content when I run out of musical fuel, so it’s a compliment of the highest order that I have no idea what McConnell is saying, and don’t particularly care. What interests me is the impression a song gives as a whole, and whether that impression is but a sketch of something interesting or an immersive world I can crawl inside for three minutes. Songs like “No Other Women” are why iTunes added a repeat-one button–I could leave it on all day, and I actually have on several occasions. When a song starts out with such tremendous momentum, it’s always tempting to listen for echoes of the opening in subsequent sections. I’m often tortured by songs that bust out a killer lick just once and then refuse to repeat it in any form, but Santah kindly treats us to a refrain of the intro melody in the vocal line, including the fantastic moment of “Whoa!”, this time shouted repeatedly and extended to “Whaowhoaoooo” and supported in lush harmonies. It’s a merciful template for a song, giving us the right hooks in the right proportions, using a composite of familiar recipes to make something new and arguably superior to any of its ingredients.

When I’m met with an A-side that blows me away, I immediately assume the B-side will temper my wildly positive expectations and prove the artist in question to have little or no depth of talent. I begin formulating paragraphs as to how I might excuse the oddball B-side in light of the A-side’s marvelous qualities. So, when the B-side turns out to be terrific, I have to step back and revise my game plan. Santah’s B-side “Neighbors & Cousins” is one such shining example. The song unfolds into a vamp at walking speed, powered by a fuzzed guitar strumming eighth notes and an almost tropical bass line set high in the mix. I’m trying to avoid using the word “sunny” to describe this song, as it’s plastered all over Santah’s press material, but there’s something about it that’s inarguably…sigh…“sunny”. Whether it’s the bass hook or the vibrato in the lead guitar tone, something about this song invokes a beach weather mentality that gives this 7-inch a particularly uplifting quality. It’s also refreshing to hear a real (or close facsimile of a real) piano tone. In a world in which most anybody can play a few chords on synthesizer and loop it in Ableton, it’s nice to hear the percussive thump of piano keys being used to good effect. I feel like I’ve maybe harped a bit on how conventional and sunny Santah’s music might seem, but there’s weirdness here too, which is what separates their intelligent song craft from (and elevates it above) the uninspired masses. Take a listen to the breakdown at about 3 minutes in–it’s a pretty ballsy move to interrupt a song with so much momentum to introduce a spoken word section over bass, drums, and a dissonant little piano figure. But it works, and instead of killing the song’s meticulously crafted vibe, it builds tension leading into the coda and snaps the listener back into the song as it builds to its grand conclusion. I don’t mean to infer that this was some careful formula, mapped out on paper long before the song even existed, and that’s the danger of writing about music–it’s so easy to strip a song down to its bones, and by the time you’re done imposing methodologies you’ve killed whatever magic once existed. I’m sure the origin of the ending tag to “Neighbors & Cousins” sounded more like “Bro, bro, listen, let’s just like, do the thing we do earlier, but kinda crazier here, bro” and less like Adorno dissecting Mozart, but my editors only allow me to say “bro” six times per article, and I’d probably exceed my quota if I went this route. In any case, my point is that it’s easy to kill good pop music with criticism. It’s something that’s fundamentally meant to be felt and understood without the need to articulate its various nuances. If it had to be explained, it wouldn’t be popular, now would it? Needless to say, this 7-inch requires no explication for maximal enjoyment, so you might want to skip all this drivel, crank your speakers, and hit play on Santah’s wonderful 7-inch.