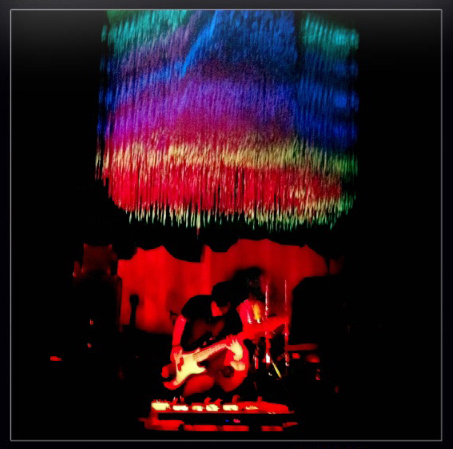 The relationship between rock music and straight up terrible noise is a long and complicated one, punctuated equally by periods of domestic tranquility (Sonic Youth’s easy-listening records), malicious abuse (Metal Machine Music and its descendants), and toothless hypocrisy (remember Test Icicles?). Like in any lovers’ quarrel, outsiders tend to draw lines in the sand: some people like their chord changes neatly separated from their feedback freakouts (sometimes even, they like feedback freakouts over chord changes), while others come to realize that they never liked the noisier stuff to begin with, even though they feel guilty enough about their tenuous allegiances to talk up the experimental tendencies of bands like Animal Collective with something approaching seriousness. Finally, there are people who felt that rock music had become bloated and disingenuous with its increasing lip service to the avant-garde, a mongrel artistic commodity aimed at weekend warriors and self-hating yuppies who claimed to love the Velvet Underground but invariably left the room about four minutes into “Sister Ray.” These people, to borrow a term from Lester Bangs, albeit in a slightly different context, could be called “White Noise Supremacists.” These were individuals who, on the one hand, had developed over the course of decades exposed to pop radio and concept albums an ideological revulsion to all things melodic, rhythmic, and marketable, and, on the other, had suffered enough actual brain damage in the process to enjoy aesthetically the sound of vacuum cleaners and police sirens howling in the dark, wet urban night. Somewhere along the line, this group’s wiring had gotten disconnected from the mass-cultural mainframe and found itself channeling the random and nihilistic ambience of real life.

Listening to A-side “come home eccentric” off peopling’s self-titled EP is a bit like receiving a stray transmission from the ambivalent midpoint of this self-alienating process, its origin about equidistant from the poles of “fun” and “not fun.” There’s a confessional quality to the track’s stylistic indecisiveness, a kind of emo music for people with no feelings whatsoever. Let’s describe the thing: what we hear first is the static blast of a shortwave radio between signals, reaching out hopefully to the shadow-world of long-haul truckers and emergency responders. Then we get a two note bassline burbling up like primordial tar underneath the whole thing. If this was a Spaceman 3 record, all you’d need to add at this point would be some stiff-lipped Brit moaning about Jesus and hey, six minutes later, you’ve got your single in the bag. But peopling isn’t really about tribute in any normal sense, and so, about one and a half minutes into the jam there’s an abrupt switch into blurt-y, shout-along synth-pop not completely unlike an under-circulated Screamer’s bootleg. The effect of this transition is comparable to stabbing an RCA cable repeatedly into the broken input on your iPod, only to have the thing connect half-way through the song and at way to high too high a volume. It’s really pretty awesome, not only because of the visceral thrill of hearing drums and bass and synthesizers and human voices after all that hissing, but also because of the crippling sense of shame you feel for having secretly wanted this kind of thing to happen all along. “Please, turn into an actual song,” whispers your lizard brain, while the higher cortexes that control things like art appreciation and pretentiousness shake their heads like a disappointed girlfriend. The song part of the song continues for about two minutes more before being enveloped once more in crackle and hum. As far as outbursts go, it’s up there with screaming “Freebird!” at a Merzbow performance.

The kind of raw self-consciousness at work on this track is rare in any genre, especially one as dehumanizing and purist as power electronics. Since it’s impossible to listen to Whitehouse albums for actual enjoyment, those who find themselves attracted to noise for whatever reason have to develop rock-solid ideologies to support their counterintuitive fandom. These beliefs run the gamut from garden variety suburban listlessness to an extreme willingness to ingest psychedelic drugs. Whatever the pretext, the point is that the genre always operates in relation to some kind of contrarian rationale, feeding the listener’s urge to become more and more like the non-person he or she wishes so hard to be. Cueing up noise is probably the closest music nerds get to self-actualization, scarifying themselves into iconoclastic ubermenschen through a pair of headphones and the comfort of a bean bag chair. peopling latches onto the latent hypocrisy of these self-flagellating gestures with a unique courage, twisting the deadened headspace of their target audience into something that is equal parts satire and introspection. It has the same humor as a soul-shattering gulag joke.

“summer such and such,” the slighter, shorter B-side to “come home eccentric” works along similarly critical lines, opting to dispense with the cathartic midsection of its sister track in favor of sheer anxiety. A pretty bedroom pop song buried within an echo chamber of squeaks and burps, the piece ends before any resolution can take place. At one minute and fifty four seconds, about the length of time “come home” takes before shooting its payload, you can read the cutoff as an intentional blue-balling. In the notes peopling contributed to us with his music, he calls this track “heartbreaking.” I’d call it simply cruel.

Being a white noise ideologue is admirable, in some sense, but also myopic. Back in the half-formed prehistory of garage rock, bands made noisy recordings filled with feedback and garbage acoustics by accident. Eventually, some people began to find these technological imperfections more interesting than the three-chord bash-alongs they helped preserve. Noise, at a certain point, became an intentional choice rather than an understandable mistake. Now a symbolic referent to the conditions that created rock music rather than the crap side-effects that prevented an ideal incarnation of “Louie Louie” ever being produced, noise became more than an instrument like a guitar or a saxophone; it became an idea, something to believe in. What came next is well-preserved in record store geology: no-wave, Japanoise, Throbbing Gristle, Darkthrone, glitch. Subgenres became defined by their level of audio fidelity, the amount of time on a record dedicated exclusively to found sounds and ring modulators, the degree to which static blasts of varying textures and pitches could be constructed into recognizable verses and choruses. peopling looks at this contrived landscape and hold up the mirror, documentary-style, crafting two-to-five-minute studies into the personal effects of prolonged exposure to stuff most sane people would never want to understand. Even psychopaths need to be analyzed every now and again. All you goners, it’s time to meet your shrinks.

peopling is the solo noise project of Ronnie Gonzalez. He records and lives in NYC. These tracks are from his self-released six-song EP.

summer such and such