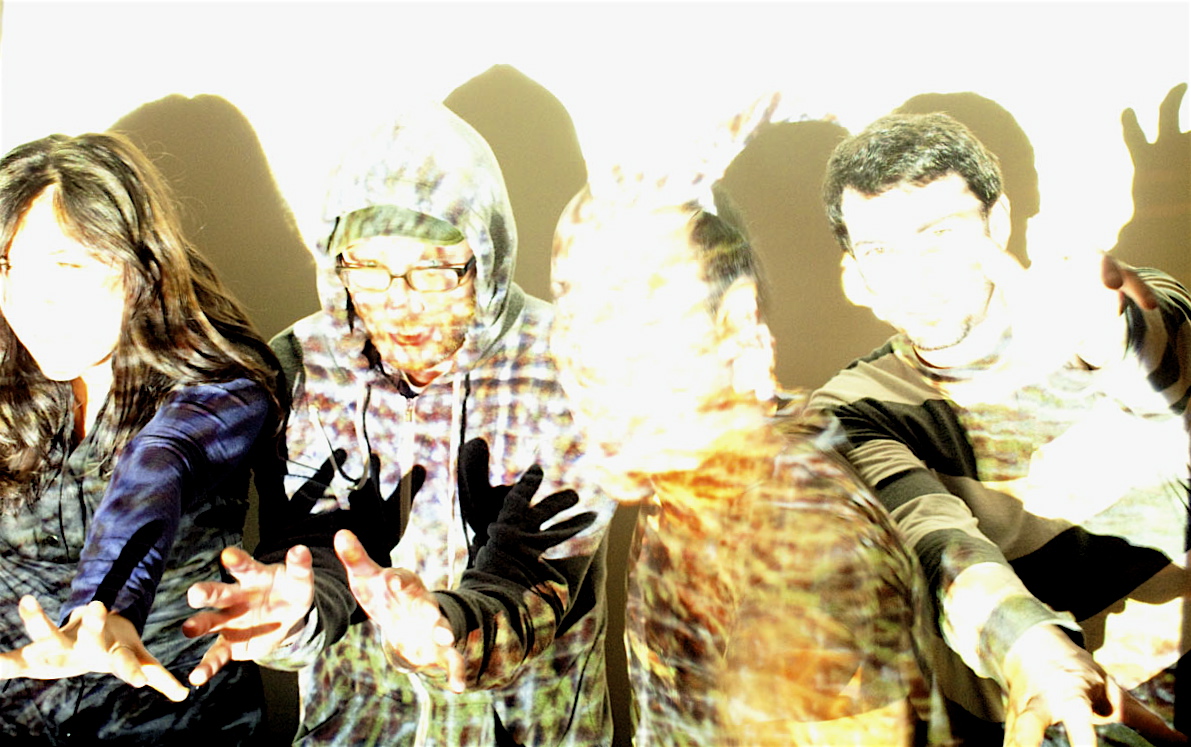 Some music lolls gently in the background. Some music sits still. Some music serves to bring a degree of class to the social calendar of the captains of High Culture and High Finance. Shapers make none of that music. The Chicago four piece are gleeful collagists, roping in everything within their reach: improvised music; gleeful math rock; softly glowing, ambient synth jams; somber, sparse psych tunes laden with vocal harmonies; rolling afro-cuban percussion; David Byrne-style shout vocals. And none of these things are segregated neatly into their own tracks. They’re combined with a free and generous hand, mixing and overlapping so much that you forget they wouldn’t ordinarily share a record label, let alone a song. Shapers bandcamp page tags them as post-genre, which in most cases would be either dry irony or unwarranted cockiness, but the slurry of influences on the band’s debut full-length Little, Big makes one of the strongest cases for that particular phrase I’ve yet heard.

More impressive yet, the band, composed of guitarist Zaid Maxwell, synth player Amelia Styer, bassist/guitarist Steve Reidell, and drummer Todd Waters, manages to escape the trap that so many genre-hopping, odd-meter-loving bands fall into. Shapers aren’t weird for weird’s sake. They use their sharp left turns in service of their songs, turning stylistic fragments into coherent pieces with a solid sense of form that feels both natural and surprising. Though you never know quite where the band is going, you never doubt that they know. Because of how integrated their influences are, they also manage to control and vary the tone of their songs perfectly. The songs aren’t merely exercises in complexity, they range from ecstatic to grave (in spite of titles like “Hot Gravy Available” and “When I Was A Zygote,” Shapers is not one of those emotionless proggy bands who ignore mood-setting altogether, usually with tiresome results) and they never put you down in the same place they picked you up.

The two songs on their Ampeater single land on the thrashier end of the Shapers spectrum. A-side “Virginia Reel” starts high and climbs higher. The song finds the band launching into a minute of some of their poppiest material, the juxtaposition of Maxwell & Styer’s gentle, high vocals and the barreling bass & drums sounding almost like Yo La Tengo. As the chorus kicks in, Styer’s multitracked voice provides a lovely cushion for Maxwell’s falsetto. As soon as the chorus fades, just as our Pop Pavlov Instinct kicks in and we start drooling in anticipation of another verse, a synth gradually wanders away from the western scale and then gradually multiplies into a dense thicket of atonal keyboards and riotous guitars. Waters bursts into a series of acrobatic fills and cymbal-smashing as the guitar/synth cloud gets louder and denser, louder and denser, and the whole thing lasts about as long as the entire verse-chorus structure that kicks the song off. Finally, just as the song is about to snap, it bursts into a new section, arcing even higher in energy with another wordless melody from Styer floating over the boiling rhythm section. The song never pauses to catch its breath. It must be tremendous fun live.

B-side “Happy Birthday Polliwog” finds Maxwell shouting rather than cooing, and the band wasting no time in slamming through a 7/4 chorus with ferocious energy. The time disintegrates and reforms at a dizzying pace, and the second chorus is over before we even hit the minute mark. Listening to the beginning of “Polliwog” feels like riding a bucking bull, exhilarating, disorienting, and somewhat terrifying. The song then pares itself down to a tense eighth note pulse of floor toms and guitar clicks that rise and fall like deep breaths. Again, the climax comes from a long, dissonant instrumental, here created by the superimposition of several rising chromatic lines of different length, mostly fives, which overlap and shift against one another to form a sort of musical moire pattern, where the change occurs in how the parts line up rather than in the notes themselves. Again, just at the moment of collapse, there’s an echo of the intro and it’s over, leaving you to your own devices to stop your head from spinning. Songs like this are too compacted with material to be absorbed fully the first time; they demand and reward repeat listening.

Surely Shapers won’t appeal to everyone. Some people want music to murmur sweet nothings in their ear after work while they’re cooking dinner. Still, there is something to commend music that demands attention, that doesn’t sit back and allow itself to become background, especially in the age of the mp3, where music is playing around us more often than ever before and yet listened to less. Because these songs repeat themselves so little, they require constant attention. It’s almost like listening to a conversation, where if you lose the narrative, you have to ask for it to be repeated. Coming straight into the middle of either “Virginia Reel” or “Happy Birthday Polliwog” would drastically alter the song, something that is also becoming less common at a time when form is increasingly determined by the limited capacities of looping and sampling. Sit and let the shapes of these songs hold your complete attention for a full six minutes. Let them work on you. You won’t be quite the same afterwards.