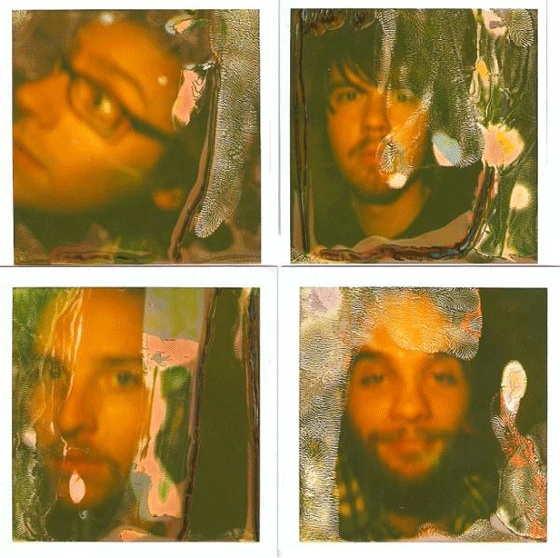 Quite a bit of the press on Denver, CO quartet Woodsman leans towards discussions of longish songs and instrumental jamminess, two musical qualities that might be notable if you think Tangerine Dream and the String Cheese Incident belong on the same bill by virtue of their thematically foodie names. Of course, in situations where longish, jammy music is appropriate, length and jamminess turn out, ironically, to be the least notable points of interest. Like a film review describing a Holocaust documentary as “dark” and “historical,” it’s like tell me something I don’t know! Whoever is there came prepared. The biggest problem faced by any band pushing supertight guitar-and-drums instrumentals, vulnerable to the metaphysical trappings of “post-rock” (as if rock had a metaphysics to begin with), whose notions of song-structure place vibe above parts a, b and c is a categoric rather than a creative one. Imagine, for the sake of argument, that instead of the Nuggets anthology, there was something similarly enormous and comprehensive called Noodles: Bands That Didn’t Know When to Stop 1965-1979. It’s a terrifying prospect, imagining a Kilimanjaro-sized stack of vinyl, two songs to a side, “packaged” in 200 acres of pristine Vermont farmland. I point all this out because Woodsman, despite their bucolic namesake, are percolating a very different kind of longishness and jamminess than either term would have you believe outright, something closer to Dusseldorf than Dartmouth, something that demands your zone-outs with an urgency that’s almost political.

I got into this band backwards, seeing them live without foreknowledge and then digging into their Internet presence in the aftermath. To say something is lost in translation between the stage and the silicon isn’t a dis by any means, just the acknowledgement that different acts inevitably have their ideal mediums and Woodsman’s happens to be packed, million-degree basements where the collective sweat of some two-hundred odd strangers actually acts as an electro-spiritual conduit for an almighty suburban Shango. The setup is ritualistically symmetrical, two guitarists and two drummers in a square configuration like telephone poles in a cornfield. Operating like the world’s simplest circuit, these guys loop the voltage for forty-five killer minutes while the collective brain hovering invisibly over the rafters draws an infinite series of connecting doodles between them. It’s a powerful thing, shuddering reverb distress signals undercut by rapidly complicating motorik patterns and vocals like ghosts in some superlatively advanced German-made machine. How long were these songs? I didn’t check my watch once.

Compressing this kind of physical sensationalism into something you can own and play at home is certainly no small task. Smartly, Woodsman’s recordings are different enough from their show tunes as to discourage direct comparison. For one, they’re softer. For two, they’re cleaner. Think of a pristinely rendered two-dimensional blueprint viewed with the understanding that some day it will become a house you can inhabit. They’re kind of like that, a concise symbolic language for communicating and making permanent the ephemeral, a work of taxidermy designed to inspire admiration for the animal, alive and in its native habitat. Both “Beached” and “Balance” come off the five-song Mystery Tape EP that was released on Lefse records earlier this month.

What’s great about these tracks (both at the virtually radio-friendly durations of 4:41 and 4:37, respectively) is how they communicate the tension-wire tautness of the group’s gigs into a domestic night-terror, exchanging volume for eeriness and echo, distortion for space and clarity. From the submarine siren guitar on “Beached” to the skittery forrest-floor rhythms on “Balance” , the band allows unknowable evil presences to maneuver unchained through its etherized instrumental atmospheres. Post-rock has burdened itself with a number of distasteful connotations over the past two decades, but where other groups come off as embarrassingly bathetic (Explosions in the Sky) or comically overblown (Fucking Champs) or disingenuously mopey (Mogwai), Woodsman-like Neu! or Harmonia-comprehend the cumulative value of restraint, repetition, the acid-streak euphoria you get from listening to the same hypnotic ritual again and again. What if “Kick out the Jams” had been a literal and clairvoyant criticism of every air-sucking, self-indulgent rock act ever to grace the festival circuit in its wake? Woodsman is the hypothetical heir to that alternate reading, a repossession of the epic in the name of the simply exceptional.