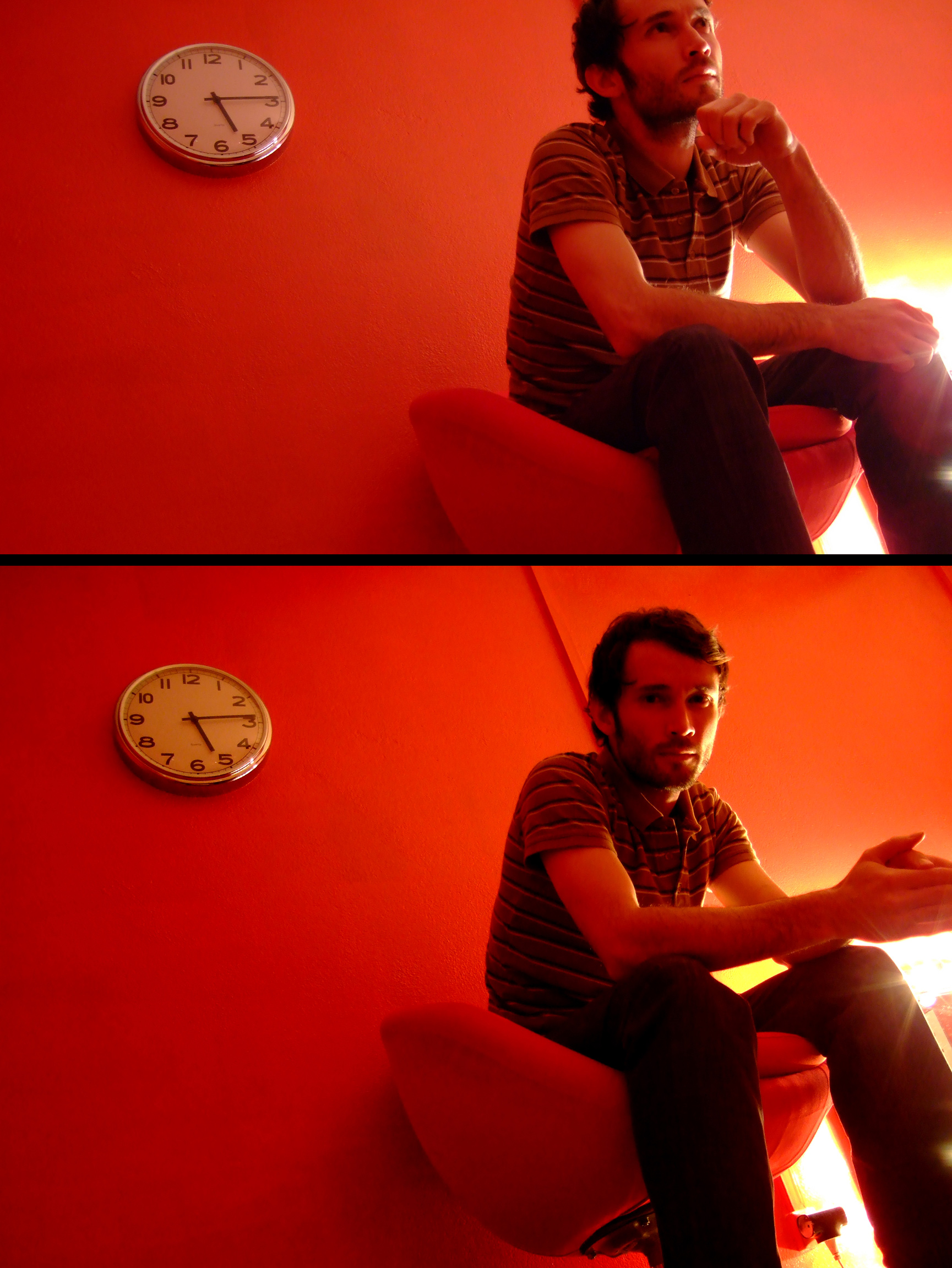 The French are undoubtedly the most self-effacing of pop perfectionists. Like a case of asymptomatic herpes, Frenchness has a tendency to lurk in records, unregistered, unapparent, somehow spreading its genotype throughout the host until it’s too late to do anything about it. Other kinds of categorically foreign rock don’t have this invisibility problem: NME buzz bands swear by the Digidesign Cockney Box (now a preset in ProTools 8), Japanese groups trade compulsively in Orientalist kitsch, and Scandinavian singers can’t help but sound awkward as balls. But how are we to know we’ve been French’ed? The answer here isn’t that much different than the methodology used by Baseball cynics to identify steroid abuse: the players are too good not to be doped. French musicians, similarly, are too good not to be French. Lozninger, a French producer/songwriter whose style lands somewhere between Serge Gainsbourg, the Silver Apples, and Karlheinz Stockhausen, is very, very good.

It’s crucial here not to equate the French propensity for crafting immaculate pop songs with a racist a priori like black people are good rappers, or even something logical, yet reductive, like Indonesians make the nicest gamelans. It’s not enough, in other words, to write these things off as natural. Instead, we need to work backwards from the who to the why. Lozninger himself sets us in the right direction with this priceless quote about his artistic output: “Lá˜ZNINGER’s music extremely sucks though some people say it sounds nice.” The closer you look at this statement, the more you realize how transcendentally apt it is in describing that elusive, quasi-nonexistent French aesthetic we’ve been groping for. I don’t want to be dismissive-and believe me, I’m MySpace buddies with more than one French band-but how often when a group is categorized as French Pop is that an indicator that the music they’re making is, in at least one or two obvious ways, really terrible? Let’s look at some outdated, but trendy, examples: Justice’s music, with its obese mid-range blastsynths, its pseudo-glitchy malfunctions, its winking homages to hair metal, is essentially a counterintuitively awesome culmination of horrible influences and creative choices. Air and Daft Punk, too, seem to occupy a similar state of qualitative ambiguity: Barry Manilow in a space suit is objectively still Barry Manilow. In a space suit. Undoubtedly bad ideas, in all these cases, miraculously add up not necessarily to more than their constituent parts, but something so effortlessly cool, so autistically controlled, that their constituent parts cease to exist. Can you think of any American band where influence is subverted in such a holistic way? Imagine something as innocuously unbearable as Smashmouth, ostensibly a revamp of 50’s doo-wop music with a big-room house twist, and you get the idea of how strange and impossible to duplicate the French model of sonic success really is.

To get a sense of how Lozninger figures into this context, it might be best to take a look at the B-side, a cover of Britney Spears’s “Toxic.” Ironic indie-rock covers of multiplatinum mega-hits is a practically antediluvian practice at this point, so overplayed that you might expect to find one buried near the cave paintings at Lascaux packaged along with a promotional coupon for a pair of Reeboks. Goddammit, this shit is so terrible most of the time! But Lozninger, with a practiced-or, I suppose, ancestral-nonchalance towards this kind of thing (“Ew, that song by Brittneey Speeaars,” I imagine some dude wearing APC jeans and aviator shades, pulling on a Gauloise and downing a 5 Euro bottle of fantastic wine, saying completely unselfconsciously, “Eet is tres cool, no?” ) manages to make the tune, already perfect in its original incarnation, not only worthwhile but worth your time to check out. By dropping the Night on Bald Mountain string hook that 100% made the Britney jam and replacing it with acoustic guitars, hushed vocals, some suffocatingly-dense atmospheric synths, the effect of the cover is less one of laffs than of a guilty pleasure, like the urge to eat not one but two orders of mozzarella sticks, slowly grafting itself to your insides. What can I say about this version other than it seems sincere, so sincere that it makes you appreciate the song platonically rather than discretely, a masterpiece of celestial tunesmithing in search of the ideal vessel. Of course, if Dynamite Hack decides to come out of retirement, this no longer applies.

Lozninger’s more, I don’t know, artistic side, comes out in “Moving Targets,” a beautifully constructed bit of noise-pop, all found sound and melancholic piano that seems to fall into playlist format almost by accident. Originally when I downloaded these tracks, only the first twenty seconds of this song came through, and I was forced, temporarily, to contemplate what it might mean to package “Toxic” alongside the inchoate blips and fuzz of the A-side’s opening bars. I guess it’s kind of like a 4-minute Pet Sounds. Which, come to think of it, is about as French a maneuver as going on vacation on a Wednesday, or eating pizza with a fork.