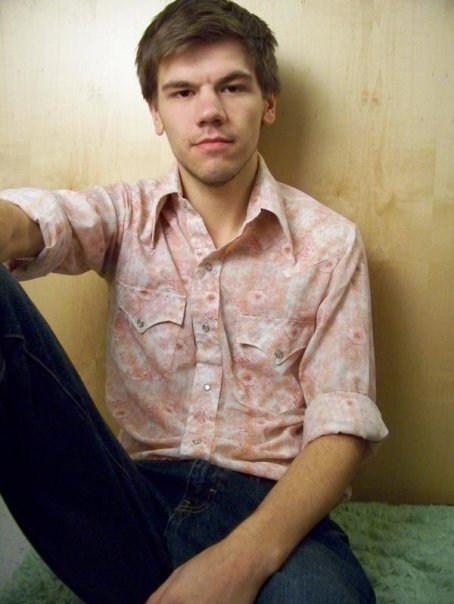 So sings Casey Chandler in A-side “Lost Generation” and if you’ve graduated from college within the past 3 years you’ll understand exactly what he’s talking about because you’re a part of it. Chances are you can’t find a job and if you can it’s doing something completely unrelated to whatever it is you wanted to do before the economy shat itself and spending every last ounce of effort trying to convince yourself that it doesn’t suck that much. All you you learned in four years of college is how to make a gravity bong out of a water bottle and enough about economics to realize that our national debt will be financed with the social security you’ll get to never see a dime of. Knowing then what you know now, maybe you wouldn’t have deemed a degree in philosophy, political science, art history or whatever worth four years of your prime and a pile of debt.

The one-man-band is thriving these days. In this digital age anybody with a few hundred bucks and a little patience can produce an album in his bedroom and sell it on iTunes. And during these lean years that makes a lot of sense. Why outsource if you can do it all yourself? The one man band is economical and streamlined. And so maybe Galapaghost, a one man band featuring nobody but Chandler and himself, is his nod to the “lost generation” to which he belongs. But for a member of the lost generation, Chandler seems to know exactly what he’s doing. A recent graduate of the Music Production Program at SUNY Purchase, Chandler now spends his days producing the music he writes and performs. Your parents told you that you were crazy to major in music production but don’t you feel smart now? Where would a more conventional major have gotten you anyway… Of course, technology aside, to make an album by oneself requires talent and versatility. I’ve observed that in bands there’s usually one person with all the ideas, some brilliant and some terrible, one person with the perspective to distinguish between them and the focus to put the good ones into action, and maybe a few other people who just stand around and play their instruments. When you’re a one man band, you’ve got to be inspired but you also need to know how to get down to business. Chandler’s got some good ideas and the capability to see them through from start to finish.

Chandler describes his compositions as, “sad yet hopeful folk songs.” Actually both cuts off this 7-inch are less folk influenced than the majority of his material, but the label may still apply. What these two songs share with folk is the power to express naturally and without pretention the ups and downs of life. “I want to make you cry from sadness and then cry from happiness by the end of each song, basically…“ Chandler adds, although he’s quick to follow up, “just kidding.” To be fair, no song has ever made me cry from happiness or sadness but certain songs, Chandler’s included, have the power to manipulate me emotionally, to change my mood, and to inspire reflection.

“Lost Generation” is the title track off of Chandler’s first EP. It’s a beautiful clash of dismal subject matter and peppy rhythms and fun textures. The jangling tambourine, clinking ukulele, lush harmonies vaguely reminiscent of The Beach Boys, and clapping hands seem downright festive. Maybe it’s just a subconscious associations I make when I hear the ukulele but for some reason I envision this song being performed on a beach in Hawaii. Of course, the lyrics tell a far different story. “Holding our breath for an opportunity well there’s none left,” Chandler sings. In the chorus, the topic turns to love. Somehow these themes of a hopeless economy and a love based entirely on hope-_“in in a perfect world we would be”_ -become intertwined, and I even get the impression that one could be a metaphor for the other, although I couldn’t say which is which. At any rate, you don’t need money to dance and “Lost Generation” makes that abundantly clear.

Chandler recorded his first EP Lost Generation in a couple of years back when he was toying with the term “ukulindie rock” as a way to describe his music and indeed ukulele features very prominently on the album. However, since then he’s broadened his reach a bit and weaned himself off that genre classification. ” I didn’t want to be always making the uke my principle song writing instrument because I don’t want it to become a gimmick for me or anything. I only ever use it to enhance my songs, never because I’m creating an image.” It’s a fair distinction. “The main reason I love the uke,” he adds, “is because it brightens and disguises songs that would otherwise be too dark for my liking without it.”

B-side “Human Unkind” is one of those songs. You can probably glean from the title that it’s going to be oppressively dismal, and the lyrics deliver as advertised. But because the main riff is played on ukulele instead of, say, the guitar, the entire song sounds lighter. It also helps that the arrangement is fairly sparse. Without drums to drown things out, each instrument can be heard as distinct which is especially nice because “Human Unkind” is full of intricacies like the small crashes that occur on the upbeat and ornate guitar figures. My favorite moment is at around 1:57 when the progression unexpectedly resolves on a major chord and Chandler’s angelic harmonies kick in like a ray of sunlight piercing the clouds. A similar moment occurs at around 3:17 and by that point it feels a little like a chorus, although the resolution is so brief that I hesitate to call it so. Perhaps refrain is a better choice. Unlike “Lost Generation” which exhibits strong pop sensibilities, “Human Unkind” follows a more experimental form.

Galapaghost is weathering the recession quite well, and may in fact expand soon. Chandler has begun performing at clubs and bars around NYC (where he lives) and plans to gather a band so that he may reproduce the sounds on his recordings in a live setting.