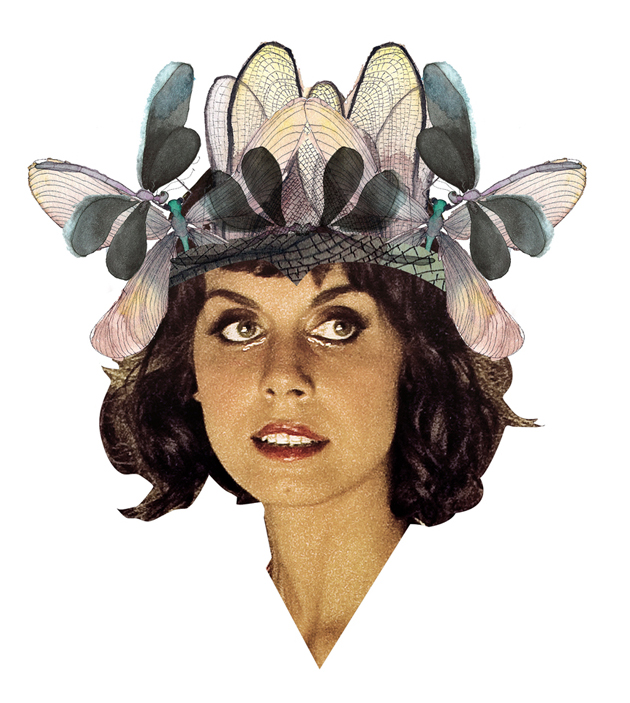 It’s one thing to be experimental, quite another to perform a successful experiment. The first is a compulsion, a personality quirk like generosity or reckless driving. The second is something people other than your mother should pay attention to. Boshra al Saadi, a songwriter with visionary aesthetics and a voice in the birthing stages of becoming legendary, from Damascus, Pittsburgh and currently the Lower East Side, is something everybody-even, maybe, your mother-should be paying attention to. For every shitheaded musical algorithm you could throw this artist’s way, like if Cornelius had a sex change and re-recorded Tusk, or if, you know, Regina Spektor had ousted Aaliyah at the Timbaland audition, there is really only one accurate way of encompassing the emotional kick these tracks deliver. Maybe it’s a thing about eponymous musicians, Prince, Madonna, whatever. But here’s the catch: I don’t want to just listen to SAADI songs or go to SAADI shows; I want to be SAADI. After you hear the A and B sides, you’ll probably feel similarly, and we can start a creepy support group for one another where we dress up and write borderline fan fiction.

Let’s start with “Pollen Seeking Bees,” available in physical format this March on the Bad City 12” released by our buddies at Serious Business. What’s cool here is how potentially terrible that opening piano bang could have become. Think about it. No one really needs more fey, post-post-post K Records kiddy-ness on his or her iPod even if 10th grade was terrible and you never got to build that treehouse with your best friend before he moved to Utah. But here, from the four-second mark on, we know we’re in the hands of a master technician, a performer who knows not only how to excoriate a cliche but how to twist one into all kinds of cool new balloon animals. That expertly syncopated scratch, those eternal Glaswegian “aaahs” …it’s the kind of mix-up that allows you to accept that this song, like a particularly charming drunk or a Higgs boson, will probably do whatever the fuck it wants.

A promo page on Serious Business says that SAADI, “draws from sources as diverse as Bob Dylan, classic 80’s synth pop, traditional Arabic music, punk rock, Nigerian music and Brian Eno.” That’s all well and good, and she probably does. But the point here is less the specificity of these taste-wise impulses-did you hear that Chief Ebenezer Obey sample?, and so on-than the sense of sonic transience and mutability their even-illusory presence inspires. We are getting to the point in popular music-thanks Internet!-where genre has become an essentially empty category, and all that really matters is posturing and shout-outs. Record digging, for most of us, is a dead art, and Google is the new back of the CD store. It’s no big deal that one band can sound like Dinosaur Jr. meets Cybotron, or The Byrds meets John Cage. On the other hand, it is a big deal when influences stop being predictable, where the historical fabric of layered tracks and takes slides off the sewing machine. “Pollen Seeking Bees” sounds like a bunch of things: rainy-day pop music, club rap, musique concrete. But the fusion is fluid, not forced. The songs set their own terms, and the classification scrambles to catch up.

B-side “3 am (Black Lodge)” is similarly, um, different; an acoustic guitar figure, an electric wash that sounds like dividing cells look like under a microscope, SAADI’s centered voice the constant that holds it all together. It’s not hard to imagine this as some late-career live recording by an artist you’ve been told a million times to listen to but never have. There’s an effortless confidence at play here, a sort of fan service for fan-base that’s still being created. It catches you up like an American at a European soccer match, shows you slides of an imagined community that you suddenly feel and will forever feel a part of.

SAADI, in the vein of other transcendently forward-thinking female artists like Bridgitte Fontaine or Lizzie Mercier Descloux, doesn’t have a hypothesis of what might sound amazing if interlaced at the right ratios. The experiment is concluded. Here are the results.