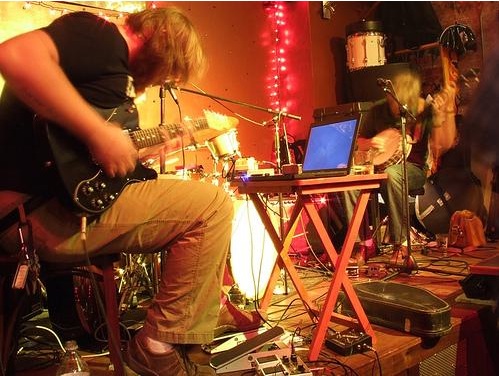 We often speak of separating the artist from the work. There’s always a small contingent of people who ignore Ezra Pound’s poetry on the grounds that he was a fascist and anti-semite. Many more people, however, approach those poems with an appreciation for their quality despite controversial origins. In this day and age, nobody really fears the artist as a threat to moral codes. Media is exchanged quicker than stolen tourist notes in Barcelona; do you have the energy (or the stupidity) to read into G.G. Allin’s background, only to stop listening to his music once you discover he smeared himself and audience members with his own feces? Fuck that, I say. Let’s celebrate the fearless freaks and worry about their alleged danger to civil society after the party’s been busted up.

Putting our music history caps on for a minute, John Cage more or less had this same covert program of artistic demoralization (or a totalizing spiritual economy of the good which made such judgments pointless in their propping up of exclusionary categories) all hidden behind a cool screen of Zen and downtown philosophical art happenings. John Cage was a mentor to so many great artists of a variety of media (as well as the partner of the recently deceased choreographer Merce Cunningham) that he singlehandedly made a place for avant-garde American music alongside Cold War prop movements like Abstract Expressionist painting, even going so far as to hock experimental piano techniques on a stupid and short-lived game show. In saying too much, he revolutionized the medium and broke down the flimsy distinctions between pleasant and unpleasant sound, leaving a world of striving experimenters in his wake.

Speaking of the world of striving experimenters, I recently posed a deceptively simple question on Facebook to see how people would respond. The question was basically this: We speak of musical laws, but who really enforces them? It’s not hard to eliminate the actual legal mumbo jumbo and see that we’re talking about unspoken laws, almost what Larry David would call “the unwritten rules” such as tip-toeing around at night. So where do these so called laws of sound claim their authority? As my good buddy Daniel Fishkin (Dandelion Fiction) had the insight to say:

“Sound is fundamentally a physical phenomenon, and its characteristics inform what we do with it. These aren’t laws so to speak, but patterns which throughout history music makers and music listeners have found interesting, significant, exciting, holy, sexy, beautiful, or worth fighting for. Unfortunately the academy isn’t the only place you’ll find people drawing boxes in which to put you. Take Cage, Reich, Eno, Merzbow, and Partch to an uninformed crowd and they’ll just call it ‘modern music’. Before the rules are taught, they exist merely as practice-internal structures, obeyed with discipline, love, and devotion by their composers. [Addressing me:] You use Schoenberg as an example [of a modern music rulemaker]. Setting aside his Nationalist streak, all Schoenberg did was devise a system and follow it to its creative consequences. Let the music historians judge the merits of this system, or, let the public decide how listenable its results are. There is never one way; even the most critical and structured musical laws will be found irrelevant in other systems. Serialism and techno are both out of tune by Carnatic standards. In the middle ages, everyone shunned the ‘diabolus in musica’, but centuries later composers delighted in its capacity to change keys-and Black Sabbath loved it so much, they didn’t even bother modulating. Musical laws are made moot by other laws. Who says parallel fifths sound crude? Who cares if Bach swings?”

Well, certainly not me. Besides pointing out the obvious cultural specificity of musical laws, Daniel’s essay shows us the most important thing of all: That these rules were made to be broken.

You might think all this hocus pocus is a lot of bullshit for an intro to “some folk band.” But I can assure you that, just because these guys have beards and occasionally tour as members of Akron/Family, just because they grew up friends and collaborators of Justin Vernon (Bon Iver) in Wisconsin, they have the game-changing hybridizing ability of any composer or band currently making music. What’s more, they completely demolish the notion of the neatly separated artist and song. With Megafaun, the whole spirit of the performance is inextricably bound to the “musical content” . The first time I saw Megafaun play in 2007, they ended their set by leading a sort of evangelical conga-line into the audience. The most jaded of depressed hipsters stopped what they were doing and joined the party. That night, we hung out after the show, getting drunk and singing songs like the National Anthem and Auld Lang Syne. When you hang, you understand. People this warm do what they do as a labor of love, not to be cool media mysteriosos. If you have never before heard their music, I suggest you stop what you’re doing immediately and listen.

A-side “Darkest Hour” from 2009’s Gather, Form & Fly gives flesh to many of the issues (er…) fleshed out in this article’s introductory passages. The song starts out with a concrete collage of water, vehicles, and wind chimes. Suddenly a faucet is dripping. And, um, there’s a drum circle. It sounds like Gang Gang Dance soundtracking a watersports porno, and it’s fucking brilliant. More concrete sounds fill the soundscape. Hark, through the rain, human voices! Is this O Brother Where Art Thou? Or some shit? “I have been wallowing inside the darkest hour,” they intone with solemn joy. Now the futuristic sonic adventure can begin. Ring modulator on vocals, metallic percussion, a vibrating snare band, in-the-red drums…I mean, these guys make the Fiery Furnaces sound like spokespeople for anti-psychotic medication. And why not, let’s end it with a saloon song.

B-side “Gather, Form & Fly” reveals the other crucial side of Megafaun (well, they really do have an infinite number of sides, but heyhey!…). Pure, slow, heartfelt strings n’ harmonies. There’s no mistaking it: These are American boys bred on a slower, more conscientious way of life. You can literally hear the music breathe. The spaces are so pregnant as to render time a meaningless backdrop against which things move and fall in and out of love. When the vocals drop, it is, quite simply, game over. You see why Megafaun are such an underrated dagblasted American band? You see how you’ve been wronged for never hearing their sleepy notes grace your face? Well, reader friend, it gets worse. If you’ve never met them as people, you’re just not as happy as you could be in life. These motherfuckers bomb sorrow like sucker MCs all day. They have literally lifted me out of deep biological depression on more than one occasion. They are literally the nicest people in the world. They are literally some of the best musicians. I have literally said literally seven times in this review. I am writing 1200 words on this band because I believe in them like no other band. Megafaun are the backing band that Will Oldham never had, the Band of the future except…well…now.