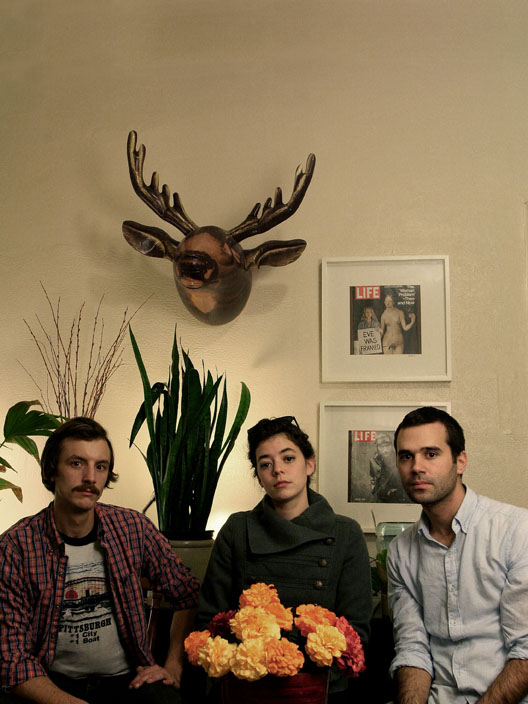 As a freshman in high school, I managed to select an almost impossibly horrible schedule of classes that led me on an epic walk across the full length of our sprawling campus not once but twice each day. I was 14, and September and October were shitty and cold, as they usually are at New England boarding schools. Then, in late November a wonderful thing happened–Apple invented the iPod. In a split second this little white box with its massive 4gb (HA!) hard drive turned those 15 minute walks into the most highly anticipated stretches of my daily routine. I’d spend the better part of the previous evening selecting the perfect combination of songs for each walk, thinking that I could somehow transform this wholly banal ritual into some kind of cinematic experience. The idea was to crank the tunes as loud as my little earbuds would go, and to imagine seeing myself walking through the snow as though it were a dramatically framed cut scene from The Graduate or some equally introspective indie art film. Unfortunately, my music library was at the time limited to about 20 classic rock albums that I’d appropriated via Napster. Needless to say, the movie playing in my head probably looked a lot more like Easy Rider than I would have hoped. Anyways, Spring rolled around, I got a bike, and my once cherished iPod mega-walk went the way of the dinosaurs–that is, until Lohio landed in the Ampeater submissions box.

Whether it’s the delicate, almost fractured vocals on “Grandpa’s Chaise” or the boisterous synths on “End of Summertime,” this 7-inch from Lohio is the perfect soundtrack to, well, life. The arrangements are instrumentally sparse but constitutionally strong, striking a fine balance between irresistible catchiness and harmonic indecision, the combination of which keeps listeners stumbling along, eager to dive into the next groove but cautious of what might be around the corner. I get the impression that Lohio wears many musical hats, and that what we have on this here 7-inch are but two of a multitude, from a band that draws inspiration from more genres, sub-genres, and faux-genres than the now infamous “genre shirt”. It all boils down to something called “indie pop/rock,” whatever that means, but goddamn it’s good. I suppose that’s why Lohio seems to be poised for greatness, and why (more than most bands featured on Ampeater) they’re being acknowledged as rising stars on the scene.

Greg Dutton (vocals, guitar), Erik Cirelli (guitar, effects), Liz Adams (bass, vocals), and Sven Stens (drums) took their home town of Pittsburgh by storm, and have been voted amongst the city’s best bands in numerous local polls. This early success earned them opening slots for indie giants Vampire Weekend, Ra Ra Riot, and Grizzly bear. Thus thrust into the national spotlight, Lohio found themselves featured on MTV, KEXP and the legendary KCRW. The Lohio EP’s critical success was almost inevitable–the cogs were in place. Musically, it’s an incredibly sophisticated album that sits confidently in the healthy middleground between shameless pop and introspective shoegaze. It’s the record I wish Mojave 3 had made after Spoon and Rafter, and it accomplishes with taste and grace what Puzzles Like You struggled rather awkwardly to achieve–unpredictable yet melodic pop music that simultaneously engages and dodges its audience. If I could turn the world down and Lohio up, I’d do so in a second.

Lohio made an interesting decision for this 7-inch–to use the first two songs from their Lohio EP, but to reverse the order. What we end up with is an A-side that hits right out of the gate, and a slow build B-side that leaves listeners emotionally and (if you play it loud enough) physically drained. Side A “End of Summertime” could be the theme to a TV show on Nickelodeon, but for a single harmonic decision that sends the song in a wholly new direction. On a single held note, the song deviates from its open-armed pop sensibilities and delivers a descending vocal harmony that casts the shadow of Fall over an otherwise endless musical summertime. It’s a brilliant move, as though Lohio were pushing that imaginary carrot a couple more inches away from the horse’s mouth, just when it seemed most likely that the poor creature could sneak a bite. As a result, this is one of those perpetually looped songs on my iTunes playlist–I start it again as soon as it ends, hoping that one of these days it’ll give up and deliver the hook that I so badly want it to hand over. But, somewhere deep down I know it never will, and that’s the beauty of the song. If it gave us an obvious and gratifying harmonic resolution, it wouldn’t be worth 10, 50, or even 100 listens–we’d have our way with it and move along. In so depriving its listeners of this cheap thrill, it gains a deeper and more enduring strength. Good luck making it to the B-side.

Five Tunes described Lohio with such perfect accuracy that I have to appropriate a line. They wrote, “It’s like the song is saying ‘Oh God, I feel so much that I can only express my emotions through this awesome guitar solo.’ Bam. Great band.” B-Side “Grandpa’s Chaise” lets the band’s delicate emotional character shine through a bit, and if it were the only track I’d ever heard by Lohio, it would still make my personal favorites list. Dutton’s voice is far from perfect, but it’s the technical flaws that make it something truly special. It sounds fragile, like it could just break at any moment, and to some extent, it does. The song opens with a struggling verse so wrought with introspection that the vocals just dissolve. Dutton and Adams sing in subtle harmony: “The shade couldn’t fight off the sun, it cross the room, it woke us up in bed at the start of the day, as I laid in your arms on grandfather’s chaise.” The song then departs on a guitar solo to end all guitar solos. I haven’t heard something this crushing since the break on “While My Guitar Gently Weeps”. When the vocals re-enter, they do so with deliberate confidence, shouting “and the walls that we built up, they came down to the ground they were trampled like dust, and the thought of giving up, it made no sense at all it was so obvious. In short, it was love.” It’s such a human song–most of us have at one point or another been in that room and thought those thoughts. Lohio calls us into their world, pulls us onto the chaise, invites us to create or recreate that scenario in our heads, and does so with a sincerity and complexity that makes this song truly memorable. Hell, I should start carrying around a guitar, just in case I have to explain something and words won’t quite do the trick.

Lohio’s one to keep an eye on–they’re out on a quest to promote the new EP, and I would put my money on these guys becoming an indie rock staple when their next full length drops. In the meantime, if you need to find me I’ll be the guy standing by the fountain in Central Park with giant headphones on, blasting the solo from “Grandpa’s Chaise” on repeat.