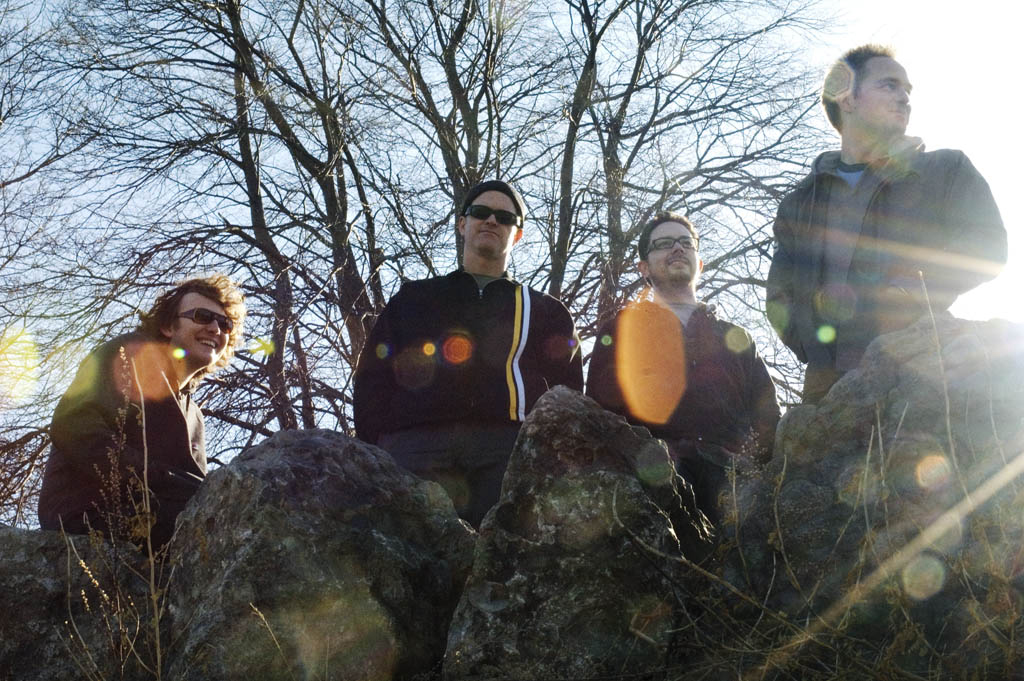 Rock n’ roll is a bit like my turtle, in the sense that every time I think it’s going to die, it manages somehow to plug along for another ten years. It’s a new decade everyone, and even if the oughts gave birth to more micro-revivals and quantum genres than anyone could care to keep track of, I think it’s safe to say that rock came out sounding not only alright, but perhaps even more rigorously defined than at any other point in its now officially geriatric lifespan. Remember the opening seconds of Radiohead’s Hail To The Thief back in 2005, that buzzy sound of a guitar getting plugged in and the nasty hiss of speakers. After Kid A and Amnesiac, it was like, oh, amplifiers! That was rock in the 2000s. What’s that crappy sound? Oh, rock! After a decade’s worth of electro-shock therapy and drainpipes posturing, the dirty, scuzzy nature of the beast still persisted like a bad personality trait.

That’s why, I think, WALLcreeper, a four-piece from Boston, sound so fucking on. This is some gristly, pretty music, the kind of thing that makes you want to grow a beard, start a garden, and learn how to do some real motorcycle maintenance. It’s not Zen, necessarily, and certainly not Nirvana. But, listened to on the right pair of headphones or shit-tastic car stereo, it’s not that far from either. If you planted these songs in the ground, they would sprout into really great-looking carnivorous plants.

Check out the A-side “Should Have Known Better,” the longest three-minute rock song of the year. These guys play at a dinosaur pace, slow, hungry, casually devastating, evolving the track like a time-lapse photo of a tundra or some past-its-prime mill town. It sounds natural, like dirt migrating cross-country or stones eroding into weird shapes. Tremolo-picking, half-buried vocals, gastrointestinal bass rumblings…the whole thing accumulates like sediment sitting at the bottom of a river filled with liquor.

People mention shoegaze when talking about this band, and while there’s all kinds of Ride-ish echoes in the project, I think the tag is a bit reductive, and not that accurate. Shoegaze was, from the Madchester groups through My Bloody Valentine, and even today with look-backs like A Place To Bury Strangers, never really about distortion and reverb and huge textural washes, but about being a kind of club music for antisocial white people who couldn’t dance. WALLcreeper grooves, for sure, but the mission of this music is different, closer, in my opinion, to groups like The Drones, or, hell, even The Dead Weather, in that it belongs in beer-reeking bars rather than actual parties, not as a tool for meeting fellow damaged and agoraphobic people, but an excuse to get into a brawl. There’s a bestial swagger to this style, interlocking guitar harmonies and feedback duels and woolly-mammoth drums dealing damage rather than hooks.

Nowhere is this more apparent than on the B-side, the justifiably 8-minute “Empty in the Eyes.” It’s rare that you want bands to work on this kind of scale, but WALLcreeper pulls off the epic so well that you wonder if the mp3-induced extinction of the album track really was a tragedy worth reversing. It’s not so much that the ideas of the band need this much space to breathe, but that the sound itself, like aurora borealis or the Grand Canyon, is best observed in the open. Rising, falling, tension, release are the important compositional components here, so much so that I would argue “Empty in the Eyes” is less a song than a workout in the best possible sense, a deep-play exercise in atmospheric rock measured on a geologic scale. The thing buries you.

The 2000s, I think, did a lot to tame the rock monster. Riffs got compressed, drums got sequenced, vocals got autotuned. Consider WALLcreeper the glorious antithesis to all that, a band that’s down to throw mud and shit all over it’s platonically gorgeous songs. Fuck Spike Jonze. This is where the wild things are.

Should Have Known Better

Empty in the Eyes