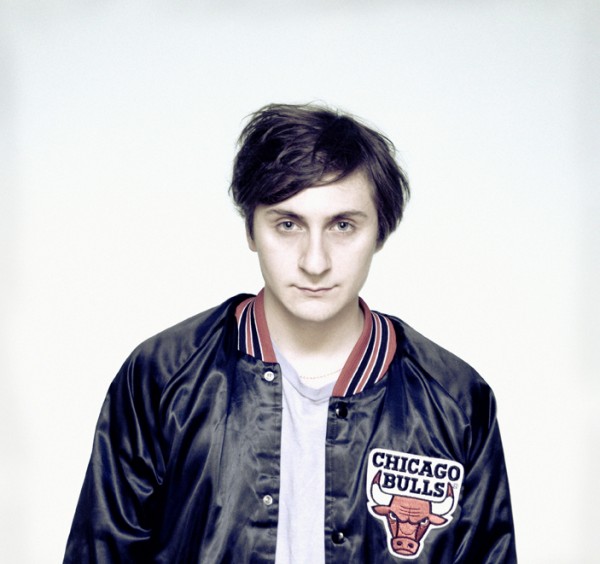 Nick Koenig, for one of his new songs, made a field recording of the wind, mapped the sound to a keyboard, and played out a melody on the breeze. OK Pocahontas. But seriously, this found-sound technique-which extends throughout Koenig aka Hot Sugar’s oeuvre-deserves some attention. Not in the sense that these kinds of excavations are new: over half-a-century’s worth of art music experimentalists and Japanoise terrorists have found ample sonic uses for everything from vacuum cleaners to plastic surgery procedures. What makes Hot Sugar interesting, however, is not the aesthetic extremism or aggressive anti-musicality of someone like, say, Merzbow, but rather the prettiness, catchiness, even humanism this artist extracts from these instrumental (but not instrument) materials. In the world of outre industrio-acoustic studies, this kind of pop-smithing amounts, ironically, to the opposite of conventionality, a length of particularly percussive copper piping swung at the hydrahead of No Fun conservatism. In Hot Sugar’s mellotron, tunefulness becomes radical.

I draw this parallel between Koenig and some of the more esoteric examples of tape-n-scrape not because the two sound anything alike, but because the connection shows that the term “noise music” is, and perhaps always was, kind of meaningless. Hot Sugar’s style, despite resembling some kind of crossbreed of 70s blaxploitation soundtracks, ambient house, and 8-bit video game themes, is nonetheless akin, at least in practice, to Einstá¼rzende Neubauten tape-looping a crate of plates breaking in a dank German warehouse. But where Industrial purists misused machinery to create literal, albeit borderline unlistenable, portraits of urban decay, Hot Sugar solders the same base metals into something you could find on the radio, although maybe 500 years in the future, and in space.

A-side “Gus Sneaks Out,” might be what happens when you put a trunk-mounted subwoofer in a wind-up music box. How Koenig makes this stuff happen is still mostly a mystery to me, but while the tune is busy with whirrs and blips and cut-up stabs, it still thumps like a motherfucker–a form of lowrider music for the tiny, imaginary people who live under my floorboards. When we spoke, the man behind Hot Sugar mentioned that he was using vocalists and MCs for his upcoming full-length, and while it’s not hard to imagine someone spitting bars over this instrumental, it is hard to place, exactly, how such an addition would change the vibe. This music, despite the heavy-processing of its origins, still manages to come across as deeply, cellularly organic-even wooly. I’ve tried rapping on the track a couple of times, and although I’ve attempted using real words, the only thing that seems to sound even remotely correct is a kind of syncopated gorilla bark. This, I guess, is the real Jungle music.

“Juicing Up” is a slightly different story. A titular reference to consuming a juice box, and not, I believe, abusing steroids, the B-side contains one of the insatiably hooky lead-lines since “The Final Countdown,” the kind of melody that replicates itself virally inside your brain and causes breakouts at embarrassing times. This is mission music, the kind of thing you would listen to en route to the most important thing ever, and then listen to again on your way home. Fuck Ritalin. “Juicing Up” is like musical concentration from concentrate, archetypically empowering in the sense that it might actually make you think you’re the ubermensch, or at least his Game Boy screen doppelganger. Never let me drive to this song, because I’d focus on the road so hard I’d come to a complete standstill in moving traffic. No vocals here. No distractions either.

The point to these extended forays into personal anecdote is that Koenig’s music is, for samples culled from “things you can’t buy commercially” (as the artist says), well, personal. If quintessential noise music is alienating, then Hot Sugar’s noises are quintessentially emotional, the end result of an alchemical process by which all frequencies and found sounds can be rendered coextensive with the human soul.