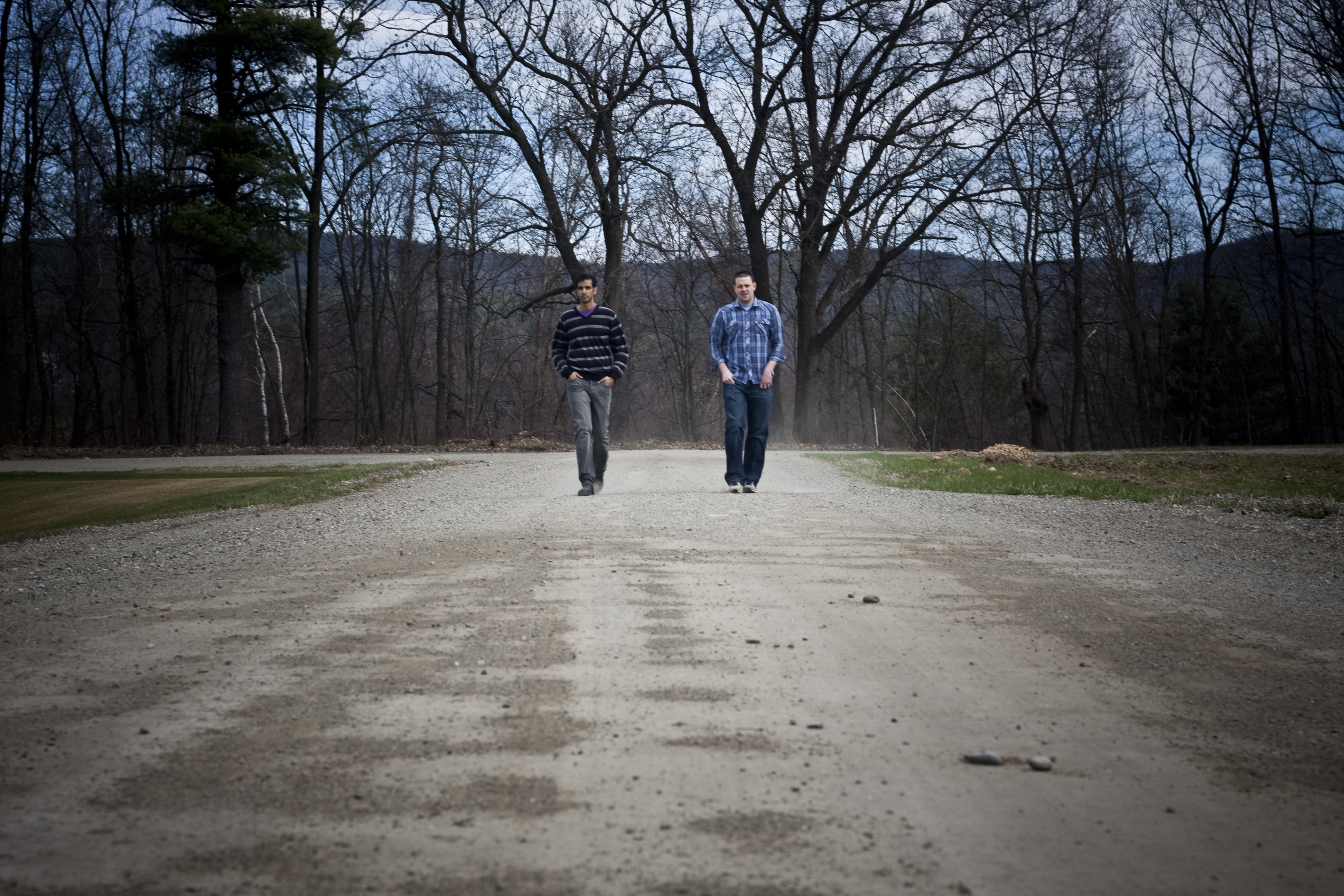 Generally I write about bands but today I’m going to write about an album, Cold Duck Complex Presents Freshwater: Bad Love. Skirting the gray area between solo album and full band release, Bad Love is a collaborative effort, the musical voice of Joe Cardozo (alias Freshwater) filtered through the hip-hop/rock/jazz machine that for the last 7 years has been called Cold Duck Complex. Our story begins in Amherst, MA in 2002 when the Cold Duck Trio, a jazz and funk group featuring Cardozo on bass, Makaya McCraven on drums, and Jeff D’Antona on keys, began collaborating with rapper Platypus Complex.

The first time I saw Cold Duck Complex play was in the winter of 2004 in my high school gymnasium. It was a pretty thin crowd, maybe 40 or 50 kids standing around with their hands in their pockets, not really getting into the groove. A lackluster sound system, shitty acoustics, and faculty chaperones sipping coffee in the corner didn’t contribute much to the mood. But in spite of the uninspiring ambiance, I was floored. Cold Duck Complex grabbed my ear and wouldn’t let go.

Admittedly, that was a long time ago. I was an impressionable seventeen-year-old with a budding interest in jazz which seemed completely at odds with my secret love for hip hop. By hip hop, I really mean main stream chart topping MTV jams because this was before I delved into the wide world of underground hip hop. I was confused. I hated popular music on principle. I had recently begun playing the bass, and consequently viewed funk as the pinnacle of musical evolution. I spent my days salivating at Jaco Pastorius and Victor Wooten solos. I couldn’t respect a genre in which the music took a back seat and the vocalist got all the glory, but something about hip hop moved me.

And then I saw Cold Duck Complex. This wasn’t some guy spitting raps over an uninspired sampled beat. It was a funk band with a rapper. Platypus Complex knew how to tear up the mic, but he also knew when to step down and let the band indulge in a ten-minute extended funk jam. And jam they can. The name Cold Duck Trio is a nod to the jazz standard “Cold Duck Time” by Eddie Harris so as you might expect the band is well schooled in jazz and funk. Moreover, they play together with incredible synergy, each member an astute listener and participant a musical conversation. Eureka.

Now that I dwell on it, I might have been one of those kids with my hands in my pockets but if I was, it wasn’t for lack of enthusiasm. If I wasn’t dancing, it’s because I was straining to catch every word, every note. And I’m pretty sure I was nodding in silent agreement. After the show I picked up a copy of Figure Heads and popped it into my player the second I got back to my room. It stayed there for months. And although my musical tastes have evolved considerably over the past 5 years, Cold Duck Complex is one band that I’ve kept coming back to.

If you’re gonna like Cold Duck Complex you have to accept the fact that this is a white boy rapping. And yes, he does sound a little like Eminem, at least until you listen to what he’s saying. But Platypus Complex is one of my favorite lyricists out there. His rhymes are sometimes profound, sometimes goofy, but always clever and delivered with impeccable flow. And in an era where both culture (pop stars) and counter culture (hipsters) are obsessed with image, it’s refreshing that Platapus Complex doesn’t try to be somebody he’s not.

“I ain’t wholesome authenticity trip for hip hop, aight? I grew up in a town without a stoplight.”

And so I was pretty disappointed in 2007 when the band started to dissolve. First D’Antona left the group. He was replaced by Darby Wolf but before long McCraven moved west to Chicago, while Cardozo and Platypus Complex headed south to New York. Although Cold Duck Complex had acquired a solid fan base throughout the northeastern United States and Europe, logistics made regular collaboration and performance impossible.

And then from the dust Freshwater was born. Cardozo was offered a grant by friend and studio/venue owner Ed Wierzbowski of the Art and Music Factory which allowed him to dedicate himself fully to his musical endeavors. He proposed to his band mates that he take the lead on a project focused on his work as a producer and composer and they agreed. So it began. Two years later, in July 2009, Cold Duck Complex Presents Freshwater: Bad Love was released.

Cardozo composed most of the music on the album but all members of Cold Duck Complex added their own touches. Cardozo explains, “whether someone plays a part I came up with or not, they always add their own flavor to it.”

Essentially, Freshwater is what happens when you take Platypus Complex’s unique lyricism and flow along with the funky instrumentals of the Cold Duck trio and pimp them out in the studio. Extra vocals, more instruments, and a masterful production job make for a big sound. The epic builds that Cold Duck Complex hinted at in songs like Lucky Me, are executed to extremes under the umbrella of Freshwater. It’s often over the top, but that’s part of the fun. The chiller numbers sound a bit like G Love n Special Sauce, the heavy and often politically charged numbers approach Rage Against the Machine, and the sexually charged funk jams are reminiscent of vintage Red Hot Chili Peppers.

A-side “They Don’t Wanna Dance” most closely falls into the first category. A catchy instrumental hook, tight beat, and picked bass provide ample momentum in this laid back jam. Normally I’m skeptical of any rapper that spends to long talking about rap, but in this case I think it works pretty well. For the most part, it’s reflective rather than egotistical. One of my favorite lines - “to the melody of my melancholy machine, I do my best to forget what I mean.” The chorus expands upon Platypus’s personal chronicles, lamenting the way so many musicians take themselves too seriously and have forgotten how to have fun. “They don’t wanna dance no more, they just wanna watch the clock tick.” And dance is exactly what Freshwater does (in a metaphorical sense) in the song’s triumphant ending which features a peppy trumpet section and Alecia Chakour’s one woman gospel choir.

“Been a prisoner of flesh, a servant to nerve endings A straight and narrow arrow in a curve bending Been the archer and the target, the marcher and the carpet The civilian and the sergeant following free markets”

At first his message seems political, but in the final line of the first verse he shifts directions - “But all I’m trying to say is I’ve never been in love like I love you today.” In context, it sounds as if he’s confessing his love for the music. And so, it’s only natural that the last two minutes the music pushes its way to the front of the mix. Again, Cardozo builds another epic ending in the studio. Perhaps this one takes it overboard, with stadium-rock drum fills and more stacked vocals from Chakour. But I love the soaring bass solo (if such a thing isn’t an oxymoron) which rises to the top despite by being drowned in fuzzy effects. It’s the great transition into the end, a quiet fizzle, which fades without a bang, making it hard to delineate where the music stops. A perfect choice for the final cut on the album.

In short, kudos to Cardozo for taking the initiative and keeping things going (and I truly mean going, not just maintaining the status quo) despite the geographic distance. All I can say is that I hope Freshwater doesn’t remain exclusively a studio project, because this kind of music is so much fun to see live.