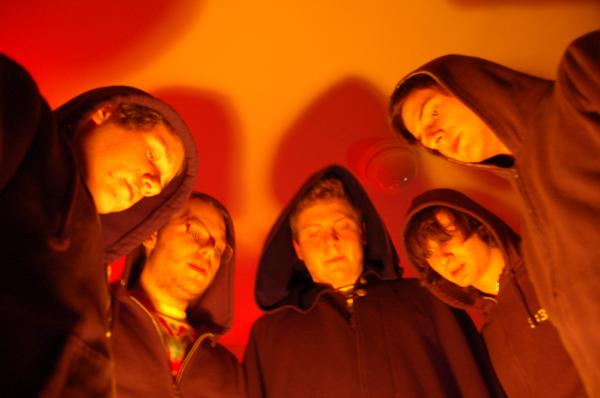 Some would say metal is the easiest genre to parody because of its obsessive maximalism. Clearly, any metalhead worth his or her warpaint could immediately name some examples to the contrary. What about some of that minimalist black metal like Ildjarn or Striborg, recorded in one take on a Sony tape player by a rustic lunatic? Or the whole genre of grindcore, predicated on the principle of compressing what could conceivably be a six-minute song if it were performed by, say, Suffocation, into a denser-than-Iridium thirty seconds? OK, these are valid points, but not the right points. Metal over-the-topness is all about the aesthetics of production, lyrics, instrumentation, dress-sense, or, to be more specific: distortion, Satan, double-kicks and spikes. Like in the case of the statement “not all smokers get cancer,” the exceptions to the rule do not necessarily make the rule untrue. Smoking, for all intents and purposes, will give you cancer. But metal is a different theoretical beast. Metal, despite all signs to the contrary, is not about maximalism, but, at its core, is a fundamentally minimalist art. Some artists, like Mick Barr of Orthrelm and Krallice, totally get this: shred patterns repeated to infinity, the sound file directly translatable into a binary grid of drums on the x axis and guitar on the y. It’s counterintuitive, but this mutating 2-bit virus of a style is the closest thing metal has to a soul. RAUL, out of New York, is another one of the rare groups to grasp this paradox. They’ve performed the kind of weird alchemy necessary to separate the ding as sich of the genre from the frilly bullshit that so typically clings to it like maggots to a disintegrating ham.

Check the intro to “Campaign Trail Mix.” Some amp fuzz, cymbal brushes and then a plodding three-note figure, it might qualify as the reverse of bombastic. The whole thing plods like a Diplodocus through the motions of what metal intros are supposed to be in such a hyper-literal way that the passage becomes both comedic and transcendent. By stripping away the stylistic armor, putting the exposed cliche under an electron microscope and pressing the red circle, RAUL has given us videotape of the genre’s underlying genotype. The effect is not unlike unbuttoning Andre the Giant’s leotard only to find that his whole, testosterone-inflated body falls off with it like a fat suit, leaving behind only a 2-Dimensional sprite of its original self standing in the ring. Yup, just like that.

The band has a lot of range, too: acoustic numbers, hazy atmospherics, falsetto singing. Take “Latin America,” a soft-ish prog jam with a gorgeous vocals and some jazz-tastic noodling. It’s as if there were actually a band called Simon and Gar-fu*k-all. These things both matter and don’t matter, the former because it sounds great, and the latter because RAUL’s whole point is that the salad dressing doesn’t really alter the vegetables underneath.

The constants, on the other hand, are absolutely crucial. Take, for instance, the trebly fuzztone of the guitars, darting from song to song like the haloed tracer on a green-lit radar screen. Or the goofy song titles, something, I admit, I was a bit apprehensive about before giving them a listen. While “Whale Life > Human Life” and the aforementioned “Campaign Trail Mix” may push your Titus Andronicus, or, God forbid, The Number Twelve Looks Like You buttons, don’t worry, it’s actually a genius move. While various shitty metalcore bands use arch humor to hide their total lack of insight into the music they make, RAUL is actually burrowing into the classic metal tradition of I-Am-The-Album-Cover. But while Altars of Madness is pure stunt masquerading as evil, RAUL takes the same source material and feeds it through a random word generator. The result isn’t evil, really, but the psychology of evil at the level of the amigdala. Fear and humor, they know, originate in the same place.